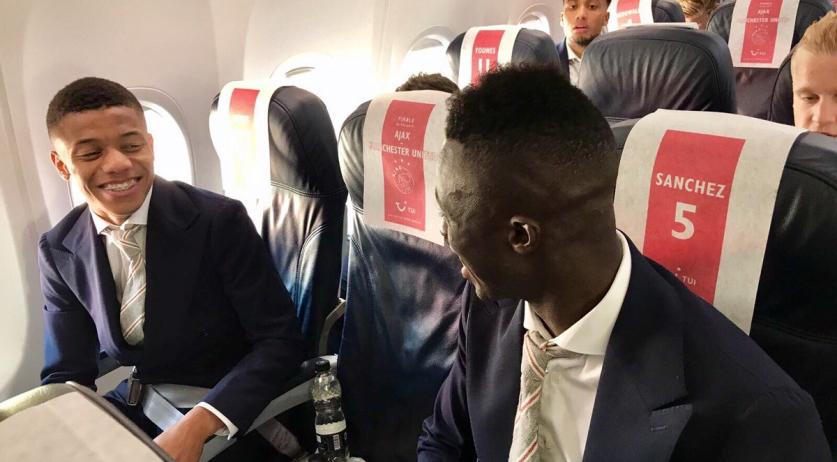 Tonight both teams will train in the Friends Arena, where the match will be played on Wednesday, NU.nl reports. After training coaches Peter Bosz and Jose Mourinho and a player for each team will give a press conference.

The Ajax selection consists of 20 players. Daley Sinkgraven was not declared fit in time to go along and Nick Viergever is suspended after getting a red card in the semi finals against Olympique Lyon. Tomorrow another two players will be taken out of te selection, because the team is only allowed to have seven players on the bench.

The match is expected to be dedicated to victims of an attack in Manchester on Monday. An explosion after a Ariana Grande concert in the Manchester Arena killed at least 22 people and left over 50 wounded. Many of the victims are teenagers.

UEFA announced on Tuesday that no extra measures will be taken for the match on Wednesday, as very high security is already in place. Ajax, Manchester United and UEFA all expressed their shock over the attack and support for the victims on social media.

From Amsterdam with love to Manchester. Our thoughts are with the victims and the loved ones of those affected.

We are deeply shocked by last night’s terrible events at the Manchester Arena. Our thoughts and prayers go out to all those affected.

UEFA is shocked by last night's attack in Manchester. Our thoughts are with the victims and the families of those affected.