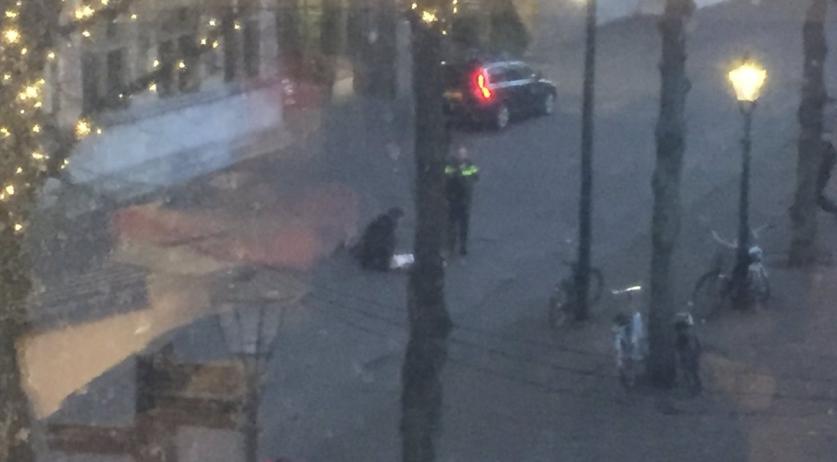 Officer won't be prosecuted for firing shot outside Dutch parliament

A Koninklijke Marechaussee officer that fired a warning shot on the Binnenhof in The Hague during an arrest early this year, will not be prosecuted. His actions were justified, the Public Prosecutor concluded based on an investigation by the Rijksrecherche - the department that handles internal investigations for the Dutch authorities, ANP reports.

The Koninklijke Marechaussee is a policing force that works as part of the Dutch military. The officer fired a warning shot on January 5th after a man with a backpack acted suspiciously in front of parliament on the square. He said he had a bomb, the shouted that he was joking, but still acted suspicious.

The Marechaussee instructed the man to remove his clothes to make sure he was not wearing an explosive. The man cooperated at first, but then refused to follow orders and started threatening the officers. When he started walking towards the officers, one fired a warning shot. The man might have been hit by a ricocheting bullet, but that is not yet clear. He did not have a bomb.

The investigation concluded that the Marechaussee officer had to work on the assumption that the man was dangerous and that he had to protect himself and others. "The man caused a serious threat by talking about an explosive, not following the Koninklijke Marechaussee orders and walking towards the employees while guns pointed at him. The warning shot was used as the ultimate measure."