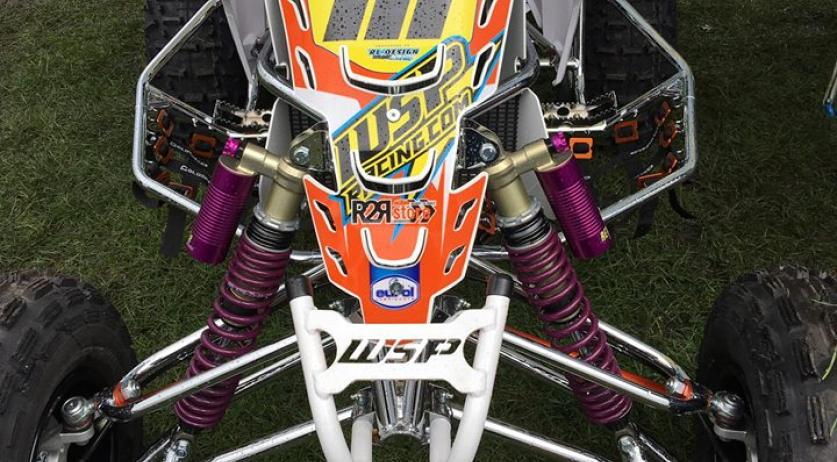 An almost unique WSP quad bike was one of several items stolen from R2R Store in Eindhoven during the early hours of Monday morning. Owner Maikel de Laat posted surveillance camera images of the perpetrators on Facebook and offered a 10 thousand euros reward for the tip that leads to the return of the stolen items, Omroep Brabant reports.

The R2R offroad store is located on Leemkuil in Eindhoven. De Laat estimates that about 35 thousand euros worth of items were stolen, including the WSP quad bike, two KTM bikes and his daughter's scooter. There were four perpetrators and one getaway driver in a silver gray car. It took them about three minutes to rob him bind, De Laat said to the broadcaster.

The WSP Quad that was stolen is one of only three ever made. Even worse is that it does not belong to De Laat, but to a customer who brought it in for a service.

De Laat is surprised by what the thieves took. "They just took things that are difficult to trade. While leaving the dirt bikes, for example", he said. The quad in particular is immediately recognizable. The stolen items aren't insured. De Laat calls it "very incidental" that the robbery happened less than a week after the started installing an advanced security system.