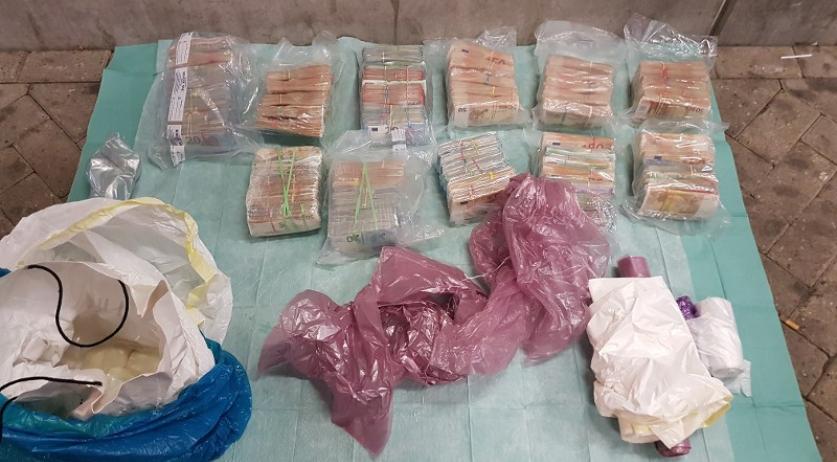 Police officers in Rotterdam made quite a catch when they decided to check a man in the back seat of a car on Mijnsherenlaan due to his nervous behavior. In the car the cops found 747 thousand euros in cash and 1.5 kilograms of cocaine. The man, a 52-year-old German, was arrested on suspicion of money laundering, the police said in a statement.

Patrolling officers noticed the man due to his nervous behavior. Thinking that he might be trying to steal the car, they decided to confront him. When the man saw the police, he quickly got out of the car and was very nervous when the officers asked him to identify himself.

Because of the strange behavior, the cops decided to search the car. Inside they found a backpack with stacks of bank notes in it. It contained 220 thousand euros. The officers arrested the man and confiscated the car. Upon closer inspection, investigators found a hidden compartment in the car which contained another 527 thousand euros and 1.5 kilograms of cocaine.

The German man is in custody for further investigation.