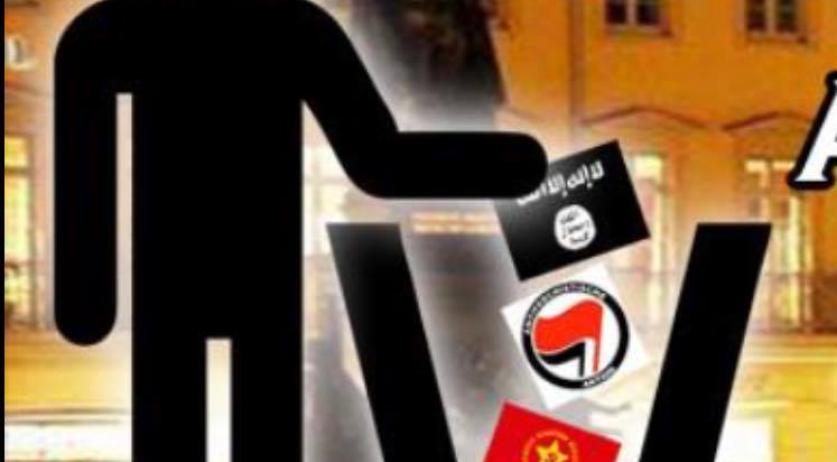 The Public Prosecutor in Amsterdam demanded a 250 euro fine against Pegida frontman Edwin Wagensveld in court on Thursday for showing a swastika during an demonstration in Amsterdam. The display of the swastika went against the Mayor's rules for the demonstration, ANP reports.

The incident happened during a Pegida demonstration in Amsterdam on February 27th. To prevent disorder and based on the Law on Public Events, Amsterdam mayor Eberhard van der Laan set a number of rules for the demonstration. One of them was a ban on swastikas.

When Wagensveld pulled out a banner showing the Pegida logo, which includes a swastika, he was arrested. The prosecutor already propsed a settlement of a 250 euro fine to the 48-year-old man, but Wagensveld refused. Which meant that the case had to go to court. During the first hearing Wagensveld was removed from court for wearing a T-shirt with the Pegida logo and swastika on it.

On Thurday Wagensveld told the court that he disagrees with the Mayor's rule, because he feels that the message of the image should be more important. The logo shows a man throwing a number of symbols, including the swastika, into a trash can. According to Wagensveld, this shows that Pegida is against Nazis.

According to the Prosecutor, the Mayor could reasonably expect that - given the specific circumstances of the demonstration and Amsterdam's history - that the display of a swastika could lead to disorder. "Even if the swastika was thrown into a trash can."

The court will rule on December 8th.