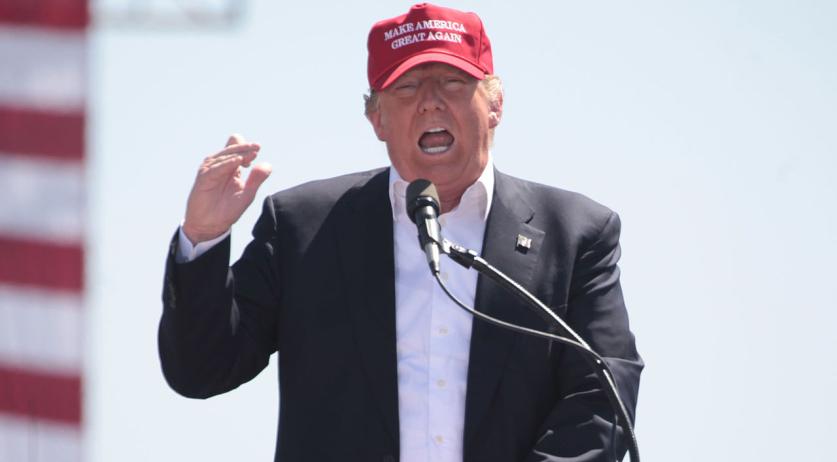 American news agencies are projecting that Donald Trump won the United States election. If correct, he will succeed current President Barack Obama in the White House. The inauguration is scheduled for January 20th, 2017. While PVV leader Geert Wilders is already waving the victory flags, left-wing politicians in The Hague are shocked.

"CONGRATULATIONS Donald Trump!! Your victory is historic and for all of us!" Wilders tweeted. "And we Dutch will also conquer our country back!"

The left side of Dutch politics is much less enthusiastic, PvdA parliamentarians in particular. "I had a nightmare. Putin. Orban. Duterte. Erdogan. Trump." MP Mei Li Vos tweeted. Fellow PvdA member Roelof van Laar kept it simple: "F*ck" he said on twitter. MP Keklik Yucel: "Coctail of fear, insecurity and hatred, image Clinton ad the anti-Democrat that runs off with it... #LivingNightmare."

According to the Volkskrant, the foreign spokesperson for the mainstream parties - PvdA, VVD, CDA and D66 - don't want to respond as yet.

An interesting note is that Jacques Monasch - who was a PvdA MP until Monday night - reacted excitedly about Trump's victory. "There is a revolution going on everywhere and the voter does not understand Arrogant left", he said according to the Volkskrant.

50Plus leader Henk Krol is also happy. "Just like the Brexit the voters say: Listen to us. This is a rebellion against the elite." he said on Twitter.

So far the Dutch government hasn't officially responded to the results of the election. But on Friday, a number of cabinet members were hoping that Hillary Clinton would win. A Trump presidency can "at best cause a lot of damage", Minster Ronald Plasterk of Home Affairs said, according to the Volkskrant. Minister Lilianne Ploumen of Foreign Trade fears that America will take on an isolationist attitude under Trump.

Minsiter Ard van der Steur of Security and Justice thought it better for international cooperation if the Democrats won. "For the Netherlands it will be best if Clinton takes the post." Minister Melanie Schultz van Haegen of Infrastructure and Environment called it "alarminig" that Trump has no managerial experience. "He is pretty aggressive in everythiingg he represents."

Deputy Prime Minister Lodewijk Asscher would not say which candidat he supported, but did say that he hopes to meet "her" soon.