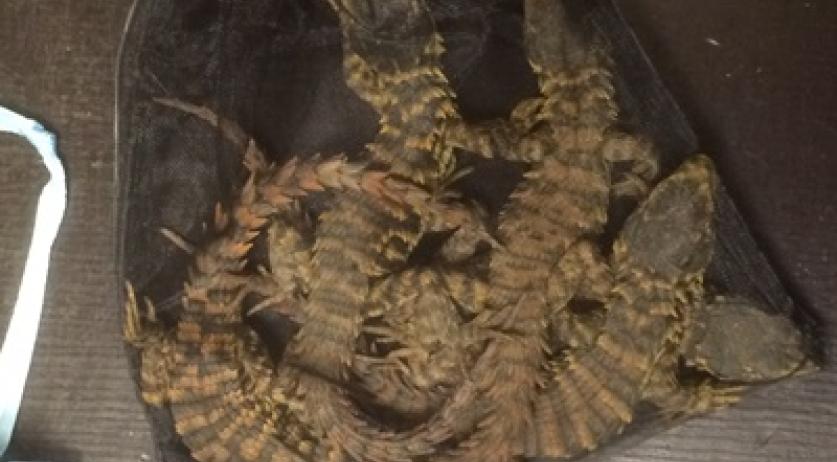 Customs officers and inspectors from the Dutch food and product safety authority NVWA arrested a German man at Schiphol airport for trying to smuggle more than 40 exotic reptiles through the airport, the NVWA announced on Wednesday. The German man's luggage was checked when he arrived from South Africa. In a plastic trunk customs officers found the poisonous snakes, turtles, horned lizards, and puff adders. The animals are valued at around 30 thousand euros. According to the NVWA, the man planned to sell them at a reptile fair in Germany. A repot was filed against the man and the animals were confiscated. Those that were still alive were taken to a specialized animal shelter. The cost for their care will be recovered from the German.