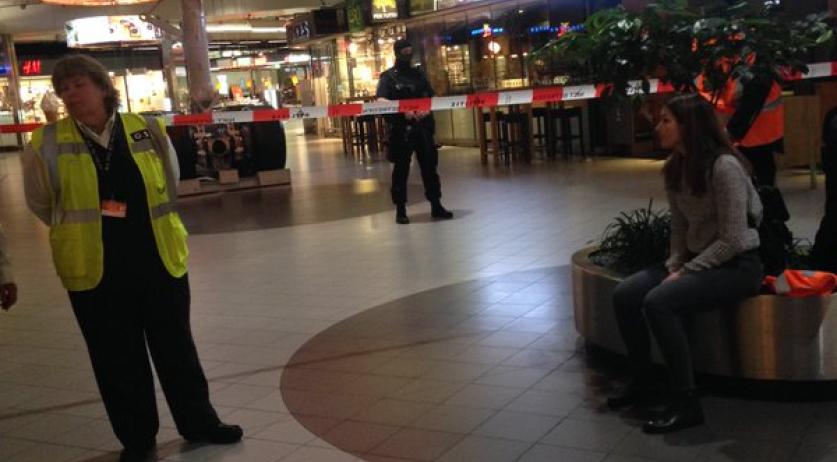 A 25-year-old homeless Polish man was claiming to be a terrorist caused the evacuation of Schiphol Airport on Tuesday night, the Marechaussee announced on Wednesday. The man made the statement to an officer for the military branch, which is tasked with policing airports in the Netherlands. He was drunk at the time, but was also carrying two large backpacks, the Marechaussee released in a statement. A sniffer dog working with the military branch then alerted its handler to potentially dangerous items in the bags. An explosives disposal unit examined the bags after parts of the airport and bus terminal there were evacuated. They determined the backpacks to be harmless. The airport was fully reopened by 1 a.m. The suspect was still in custody as of 4 p.m. on Wednesday. It is now up to the Public Prosecutor to determine if a case against the suspect will be brought before the court, the Marechaussee stated.