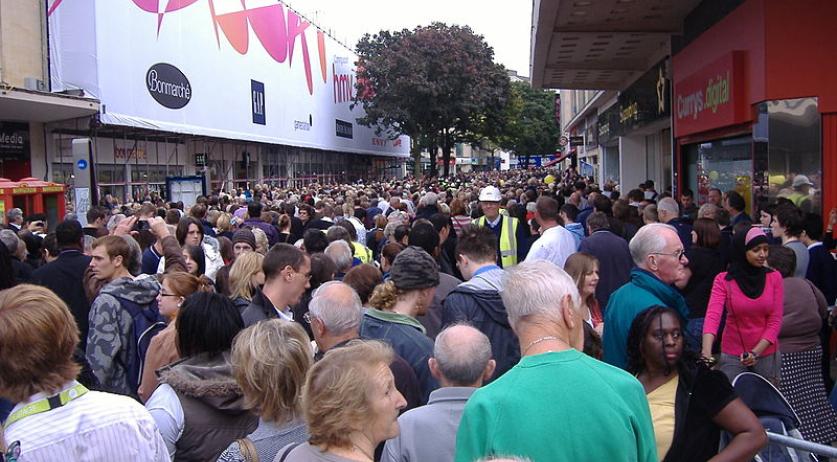 Statistics Netherlands estimates that the Netherlands' population will reach 17 million on March 21st. Who exactly the 17 millionth resident of the country will be is nearly impossible to say, but according to the statistics office, it is more likely to be an immigrant than a baby. Statistics Netherlands bases its estimation on its population counter. This isn't a real-time counter. It only gets updated once an immigration, a birth, a death or an emigration gets registered with a municipality. It also only includes the registered population, and not for example, undocumented immigrants or asylum seekers who haven't received a residency permit yet. It is therefore difficult to say exactly when the Netherlands reaches a population count of 17 million, or who the 17 millionth resident is. It could be a newborn baby, or a Syrian refugee, or a migrant worker from Poland, a foreign student or a Dutch person returning to the Netherlands. According to Statistics Netherlands, it is more likely that the 17 millionth resident will be an immigrant than a baby. Last year more than 200 thousand immigrants were registered in a municipality, and only 170 thousand babies were born. If the 17 millionth resident is an immigrant, chances are good that he or she will be of Polish, Dutch or Syrian descent. Last year Syrians, Poles and returning Dutch made up about 10 percent of the immigrants. If it is a baby, he or she will most likely have a Dutch mother, 70 percent of babies born in the country last year were to Dutch mothers. If the baby has a different ethnicity, it will most likely be Moroccan, 4.4 percent of 2015's babies, or Turkish, 3.5 percent. The chance of a boy or a man is slightly more likely than a girl or a woman - 52 percent of recent immigrants are male, and 51 per cent of recent babies are boys. It took the Netherlands 15 years to get its population from 16 million to 17 million. Based on the population forecast, it will take another 18 years to reach a population count of 18 million, expected in 2034.