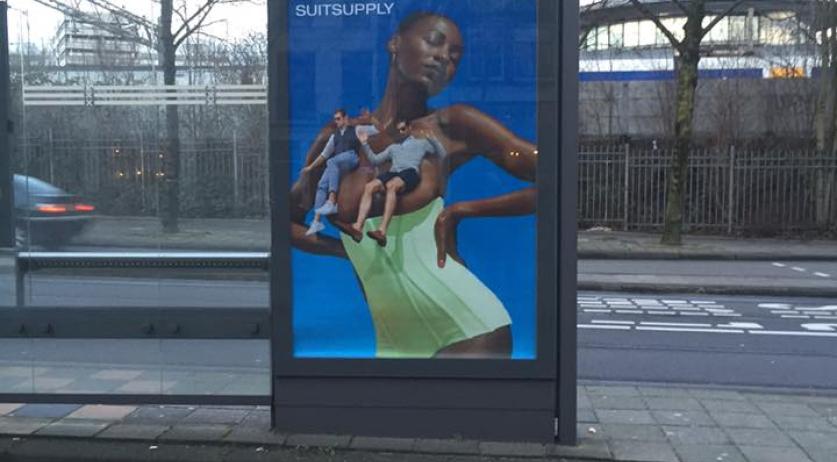 Fokke de Jong, owner of Amsterdam fashion chain SuitSupply, received death threats over the company's latest ad campaign, he told local broadcaster AT5. The new ad posters show a bare-chested woman with two men sliding down her body. The new ad campaign rubs many Amsterdam residents the wrong way. On social media the campaign is being called extremely misogynistic, sexist and nauseating. At least two of the ad posters have been covered with pages reading "I'm not a playground" and "Fokke, you go too far!" There is even an Amsterdam event calling people to cover the posers with "pink spray or pis". "There is something going on in Amsterdam, because we were threatened with death. So if I can choose, I would prefer sanitary towels and squirts", De Jong said to AT5. He does not see the ad as sexist. "What I see is a very large woman who is put down as a giant and men who are depicted as this woman's dwarfs, as play dolls. She lets these little men, these children, slide right off her. I find her a very proud, strong woman." The Advertising Code Committee received 10 complaints about the campaign so far.