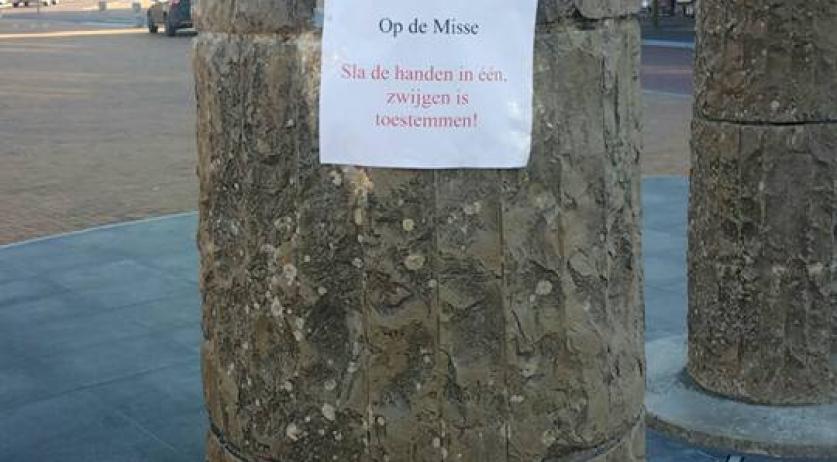 Five Heesch residents were banned from parts of the Noord-Brabant town after a few dozen people were seen hanging anti-asylum center flyers all over the village on Tuesday, Omroep Brabant reports. The five residents who received the ban did not comply with an emergency decree in force in the city until 12:01 a.m. on Saturday, according to a letter written by Bernheze Mayor Marieke Moorman to local residents. "As mayor I am responsible for maintaining public order. I decided to impose an area ban on you for the center of Heesch. Your presence may lead to a disruption of public order", Moorman writes in the letter. According to the broadcaster, the flyers contained articles about incidents involving asylum seekers. The pamphlets were removed, but resurfaced again on Thursday. The residents are furious about the ban. "It can not be crazier. Do we still live in a democracy. Are we still allowed to express our opinion? Apparently not!" Claudia van der Lockand, one of those who received a ban, said to the broadcaster. "This is precisely the problem, not only in the Netherlands but throughout Europe: the cover-up." The village of Heesch, which falls under the municipality of Bernheze, made headlines early this year because of a violent protest against the arrival of an asylum center. The municipality planned to take in up to 500 asylum seekers for a maximum of 10 years. Following the riots and a threatening letter sent to the town hall, the plans were put on hold. A few days before the riots, someone lynched a piglet at the sight planned to house the asylum center.