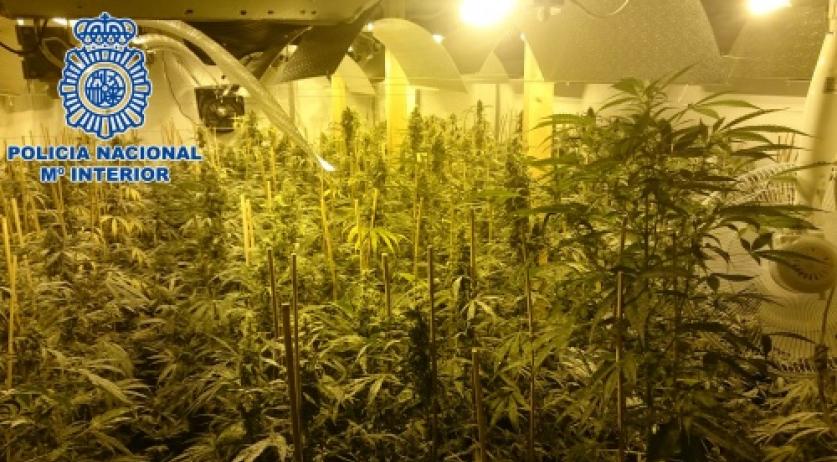 Four Dutch people were arrested in Spain after the police discovered three cannabis plantations in their rented accommodations. According to the Spanish police, the investigation into these Dutch suspects started in July last year, when Dutch authorities asked Spain for help to track down "two members of a gang" suspected of involvement with several murders in the Netherlands.  "These two people had moved to our country apparently after a failed assassination attempt on the leader of a rival gang", the Spanish police write in a statement on their website. According to Dutch newspaper the Telegraaf, the two "gang members" are wanted in the Netherlands in connection with the assassination of Souhil Laachir at the Waterfront festival in Amsterdam on May 26th, 2013. The Amsterdam police arrested a suspect in this assassination in December. The Spanish authorities tracked down the two after multiple investigations, which led them to three homes in Marina Baxia of Alicante, near Benidorm. In the three homes the police discovered three cannabis plantations, containing a total of 1,575 plants. The Dutch Public Prosecutor confirmed to the Telegraaf that the arrests were not made at the request of the Amsterdam office, but as part of a Spanish investigation into drug trafficking.