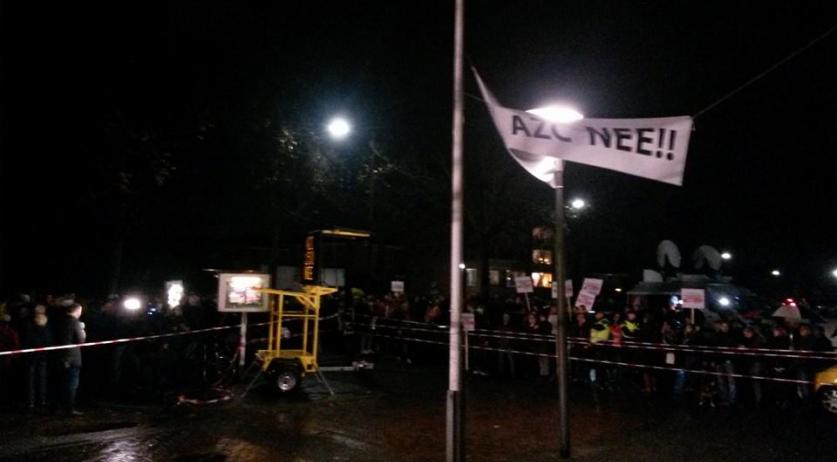 An error in judgement was made in the plans for an emergency asylum center in Geldermalsen, Mayor Miranda de Vries acknowledged in a press conference on Wednesday. "This problem is perhaps a little too big, too complicated for us as Geldermalsen. Because it affects the entire Netherlands", she said. A number of calls are going out for a national approach to finding place for all the asylum seekers and refugees. On Wednesday last week protesters against the arrival of an emergency asylum center to house 1,500 people rioted through the Geldermalsen streets, tried to storm the town hall, and threw fireworks, stones and cans at police officers. De Vries thinks that everyone is the loser in this scenario - the asylum seekers, Dutch democracy and the whole Geldermalsen. "Because there is now discord in society", she said according to AD. The proposal for the asylum center is now scrapped. "The selected size of the asylum center and the speed of action proved to be a miscalculation. It led to resistance and polarization", De Vries said. She added that the council still feels the need to help the asylum seekers and will discuss it with the population next year. Though it seems unlikely that the town will offer refuge to 1,500 asylum seekers and refugees. A number of Dutch newspapers criticized De Vries and the Geldermalsen council's decision to scrap the plans for the asylum center following the riots. According to both Trouw and Volkskrant, it paints the picture that rioting works in getting your way. And meanwhile the problem of finding a place for each of the about 1,000 asylum seekers arriving in the Netherlands is still not solved. Former soldier and independent consultant on crisis management Gert-Jan Ludden thinks that a national approach is necessary, agreeing with De Vries that the problem is too large for municipalities to handle on their own. "What we need is a decisive crisis team at national level, professional leadership. The approach needs to be given 'a face'", he said to newspaper Ad. Earlier this week Nijmegen mayor Hubert Bruls also called for a national approach. He thinks that big centers that house more than 500 people should be distributed across the country by the government, because you can't leave that in the hands of local councils.