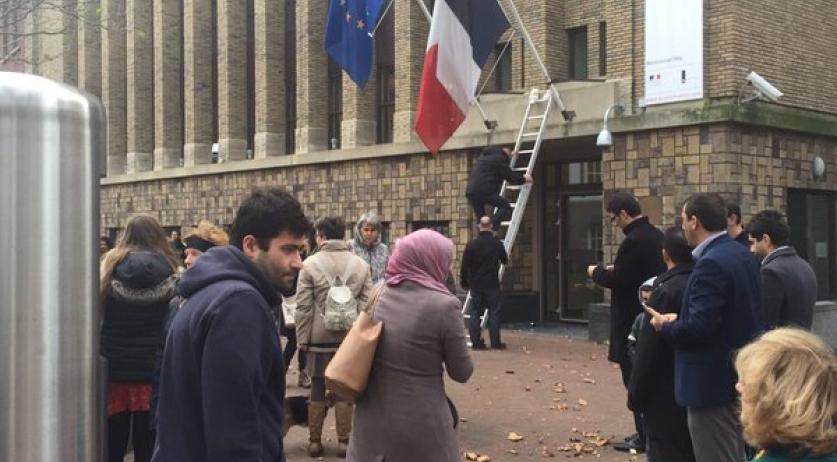 Amsterdam Imam: We cannot say this has nothing to do with religion

It is no longer reasonable to keep insisting that terrorism has nothing to do with religion, according to youth Imam Yassin El Forkani. "The harsh reality is that the attackers theologically legitimize their actions. We can not avoid it. We can not continue saying that this has nothing to do with Islam", the 32 year old Imam said to the Volkskrant on Saturday. He and a small delegation of the Contact Committee Muslims and Government went to lay flowers in front of the French embassy in The Hague after the terrorist attacks in Paris on Friday. On Twitter Elforkani called on Muslims to reject these acts of violence and take responsibility. "Do not again end up in useless discussions", he tweeted, referring to the time following the attack on Charlie Hebdo in January. Then many Muslims reacted indignantly to the call to distance themselves from the violence because they felt that they have nothing to do with the terrorism. But this can no longer be the case, according to El Forkani. "You have to come from another planet to not want to speak out as a Muslim. Through the timing and size, you as Muslim can no longer look away", he said to the newspaper. The young Imam urges the Muslim community to fight against ISIS' interpretation of the Koran, not only in mosques and educational, but also in smaller circles. "When you as parent talk to your children about faith, or in discussions in tea or coffee houses. " El Forkani said, adding that claiming that the texts ISIS use do not exist is the wrong strategy. "The texts exist. It is about their interpretation."