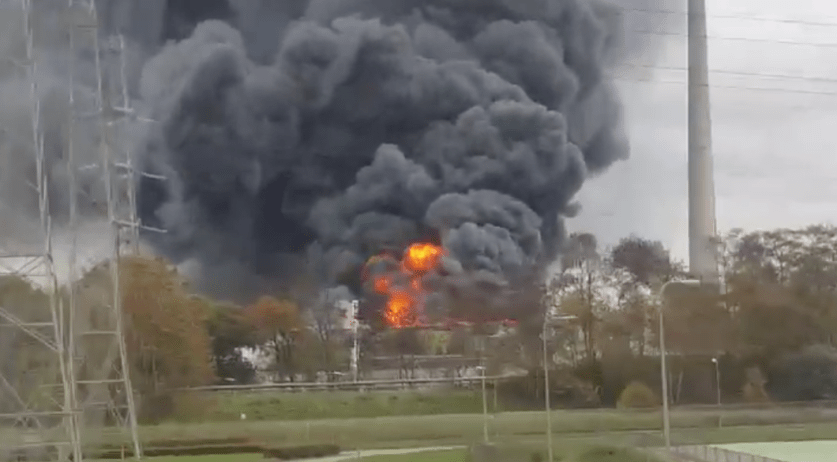 Update, 4:30 p.m., 9 Nov. 2015: The fire was brought under control by 3:45 p.m. on Monday, the regional safety office for southern Limburg announced. Only residents of Lindenheuvel area of Geleen were still advised to stay indoors. Residents of Sittard, Munstergeleen, Lindenheuvel, Schinnen, Spaubeek and Sweikhuizen are advised to remain indoors with windows and doors shut after a massive fire broke out on the grounds of the Chemelot site in Geleen on Monday.  Firefighters are on site trying to get the fire under control. The fire is causing a large amount of smoke and it has not yet been determined whether it contains any harmful substances, according to NU. No one has been injured as far as is currently known. The air-raid alarm has been sounded in the area surrounding the fire. People in the vicinity have also been notified of the situation via NL-Alert. According to the newspaper, the fire department has escalated the situation to the highest level of alert - Grip 4, which means that the impact of the fire extends beyond the municipality in which it is burning. A crisis center has been set up in Maastricht. Chemelot has stated that the fire broke out while work was being done on the roof of the warehouse.