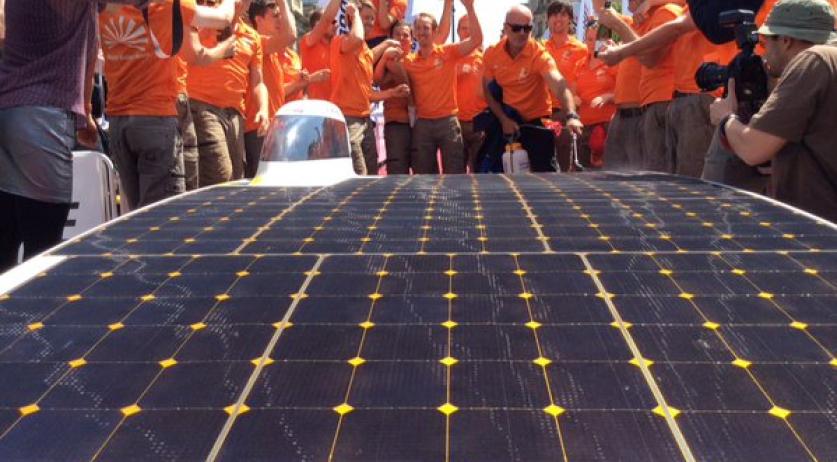 Wednesday was a big day for Technical University Delft. Not only did the university get a record enrollment of 5 thousand new students and a team of scientists led by professor Ronald Hanson of the university publish a paper challenging Albert Einstein on a quantum theory - the TU Delft Nuon Solar Team also won the Bridgestone World Challenge. "After five nerve-racking hours on the fourth day, when the team was preparing to catch up to the Twente solar car, finally the opportunity presented itself: the Nuon Solar Team managed to overtake", TU Delft writes on the university website. This is the sixth time in that the TU delft team has won the Solar Challenge - a prestigious competition for solar cars. Participants have to cover about 3 thousand kilometers through the Australian dessert, from Darwin in the north to Adelaide in the south. The other Dutch team, Solar Team Twente, came in second place. This year's competition was very tense as the teams were very close together. Twente was in the lead for a time, but Delft managed to overtake them on Wednesday. The race ended with Delft the winner and Twente in second place, only two minutes behind.

The Nuna8 did it! @NuonSolarTeam of #tudelft won the World Solar Challenge again! Congrats to the team, very impressive. #WSC15

Today we have reached a new record! An astonishing amount of 5000 new students registered for this week's open days. pic.twitter.com/MC5c7wcaH0