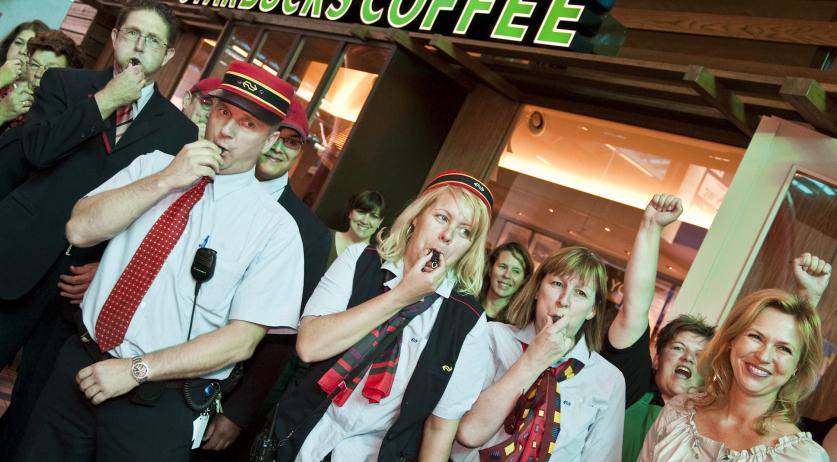 The PvdA is "shocked" by the European Commissions ruling that the Netherlands' deal with multinational Starbucks amounts to illegal State aid. As far as the party is concerned, State Secretary Eric Wiebes of Finance has "a lot of explaining to do". "We are very shocked by the Commission's decision", PvdA parliamentarian Ed Groot said to newspaper AD. "Wiebes says that all rules are followed, but we are not convinced." He called it unacceptable that multinationals evade their tax obligations, while SMEs and citizens have to pay. Opposition parties GroenLinks and SP wants the government to stop all tax deals. "Apparently the tax deal between multinational Starbucks and the tax authorities is not as pure as State Secretary Wiebes of Finance always wanted us to believe." SP parliamentarian Arnold Merkies said. "It would appear that the Netherlands turns a blind eye to international big business evading tax." GroenLinks parliamentarian Rik Grashoff shares a similar opinion: "The door is wide open for tax evading multinationals like Starbucks - the world is upside down." The VVD is surprised by the ruling, but points out that just because this tax deal is wrong, does not mean that all deals made by the tax authorities are wrong. "The Tax Administration is working properly. And appointments are in the interest of our business climate, so jobs. All countries make them", said MP Helma Nepperus to the newspaper. "The documents from the OECD shows that the Netherlands has a strong tax system that addresses abuse."