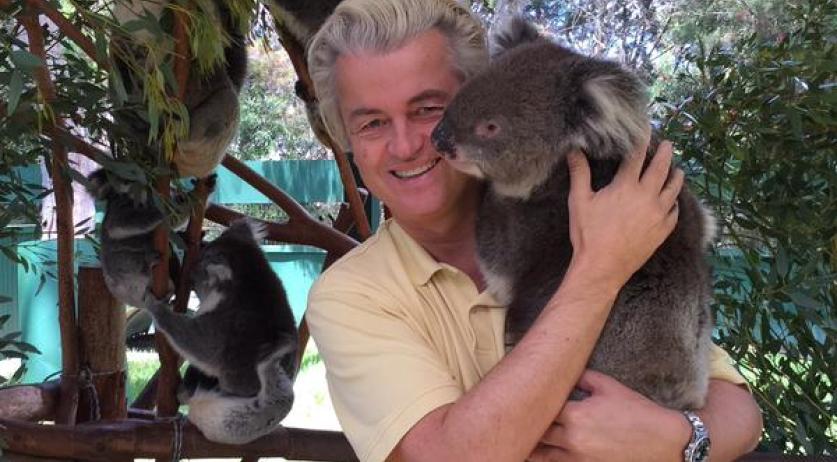 PVV leader Geert Wilders is taking his anti-Islam campaign to Australia. On Tuesday he will be the keynote speaker at the launch of a new political party, the Australian Liberty Alliance.  The aim for Australia's newest political party is to curb Muslim immigration, according to the BBC. The party's manifesto reads that "Islam is not merely a religion, it is a totalitarian ideology with global aspirations". So it seems that Wilders, as the Netherlands' own advocate against what he likes to call the "Islamic tsunami", will fit right in. The launch of the ALA is by invitation only at an undisclosed location in Western Australia. Wilders has already arrived in Australia, after some controversy surrounding whether or not he should be allowed a visa to the country. The controversial politician posted a photo of himself holding a koala on Twitter on Monday.

A while ago entertainment blog io9 posted an article stating that the Australian population of koalas have been struggling with outbreaks of a strain sexual transmitted disease Chlamydia that can be transmitted to humans through the animals' urine. So PVV leader Geert Wilders may want to be extra careful about washing up to avoid an awkward conversation with the doctor.