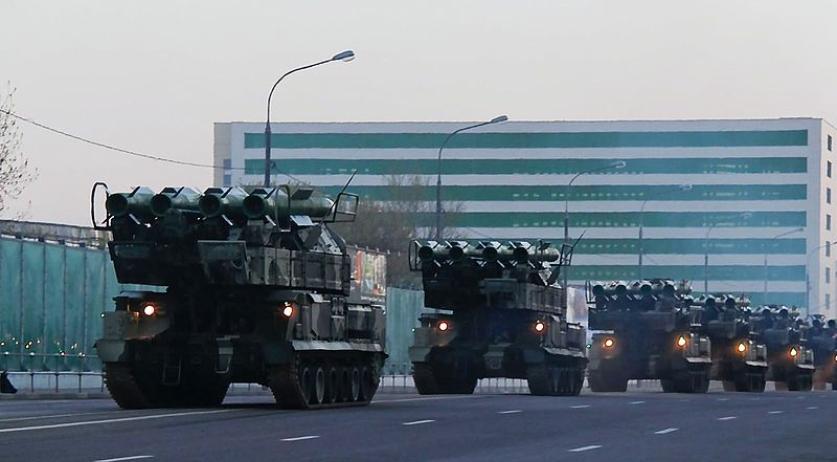 Debris of MH17 displayed at the press conference by Almaz-Antey in Moscow. #MH17 pic.twitter.com/FrdeaCakXl

Lots of red lines and arrows from Almaz-Antei as they attempt to prove Buk hit MH17 more or less head on: pic.twitter.com/Pna4iBTY1Y

Almaz Antey now explaining its #MH17 experiment to explode a Buk missile in front of a Russian-made plane. pic.twitter.com/LvkaMh6I5H

Almaz-Antey: if the missile would have started from separatist territory, the Boeing’s left wing and engine wouldn’t have taken damage.