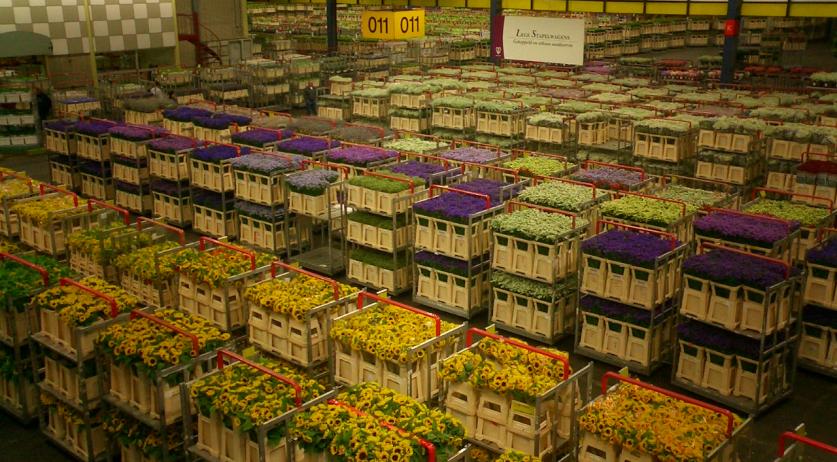 With reporting by Graeme Kidd. A major international joint investigation between Italy and the Netherlands led to 48 arrests involving members of the notorious ‘Ndrangheta, a powerful crime syndicate with its roots in Calabria, Italy, Dutch police confirm. Authorities in the Netherlands focused in on the Aalsmeer flower auction, where flower traders and deliverers were brought in for questioning on a multi-million euro scheme to defraud flower suppliers, possibly smuggle drugs, steal millions in chocolate, and plan the assassination of victims who came forward, according to newspaper Parool. Four of those arrested were actively involved in the Dutch flower trade, police said. The investigation stretched across three flowers companies in Aalsmeer, six houses in Aalsmeer, Amsterdam, Kudelstaart and Rijsenhout, throughout Calabria, Italy, and even in Rome. It began with affiliates of the criminal organization building up trust with florists by placing small orders that were paid without issue. Around big holiday celebrations in Italy, the ‘Ndrangheta would place huge orders with the florists, but after delivery the businesses were told that the company placing the order had gone into bankruptcy and the orders would go unpaid. Damages ranged from tens of thousands of euros on up to two million, the newspaper said. The investigation into the actual transportation of the flowers is ongoing, though authorities still are not certain if drugs were smuggled with the flowers. When one or two of those who was swindled in the scam began warning florists of the scheme, 'Ndrangheta members operating in Amsterdam began plotting his assassination. When police discovered the plot they were able to take down the entire enterprise. The organized crime syndicate was also linked to the theft of about 12 million euros in chocolate. The international investigation lasted nearly 18 months, racking up charges including bankruptcy fraud, fencing stolen goods, fraud, forgery and money laundering.