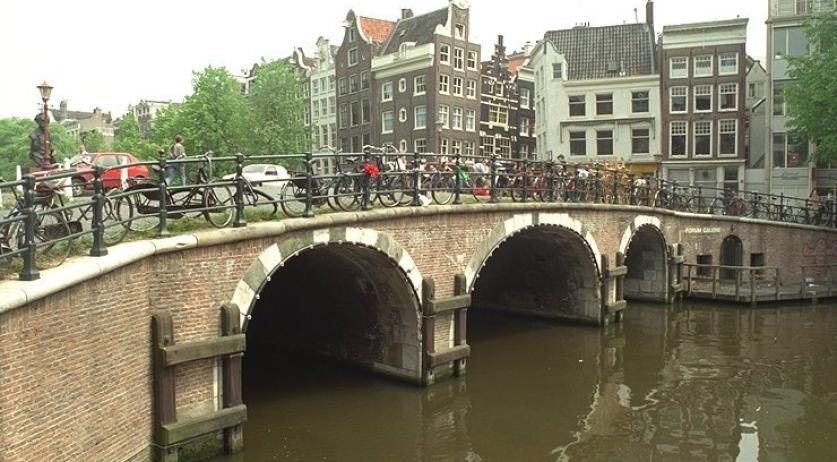 A group of students calling themselves the Spinhuis Collective has decided to occupy the dungeon space under the Torensluis on the Singel in the center of Amsterdam, where they want to open a new student study cafe. The students sent a letter to both Amsterdam Mayor Eberhard van der Laan and the Verenginging Vrienden van de Amsterdamse Binnestad, Association Friends of the Amsterdam City in English, to inform them about the occupation under the bridge, Het Parool reports. In the letter to the Association, the squatters state that they are aware of the historic value of the space. "We are reopening the space, so that people can again enjoy the secrets of Amsterdam. According to the students, Amsterdam is slowly turning into a "museum, just for the tourists and the wealthy elite". The letter to the association is "an attempt to come closer to each other" and "take some worries away". The letter to the mayor emphasizes the importance of autonomous spaces where students are able to organize and develop themselves "without permission from above". Late last year the Spinhuis Collective occupied the Spinhuis in protest against the closure of the so-called Common Rom, a place at the university which was run by the students. For four months the collective organized "activities for and by the academic community" from the Spinhuis, before the were set out by the court once the University of Amsterdam could prove they had renovation plans for the building. They now want to continue those activities in the space under the bridge. The bridge is one of the widest bridges in the city and is known by various names, including the Torensluis, Torensluisbrug and Brug9. Brug9 is also the name given to the dungeon below the tower. Until a few years ago a jaxxcafe was located there, but since its closing the space has been basically empty.