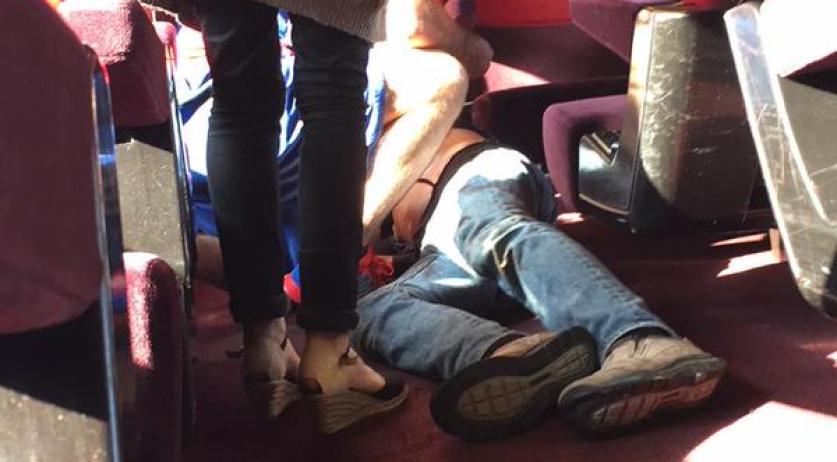 Video taken from inside a train attacked by an armed gunman shows blood smeared on windows and dinner tables with a tied-up man on the floor and an American serviceman applying pressure to a second victim's wounds. The American, likely U.S. Air Force member Spencer Stone, is also injured. The incident happened Friday at about 5:50 p.m. when a man carrying a handgun and a rifle shot one person causing panic on the train. Stone and an American National Guardsman, Alek Skarlatos, tackled the gunman. Along with their friend, American university student Anthony Sadler, they reportedly knocked the attacker unconscious. The gunman was arrested when the Thalys train was diverted to a station about 45 minutes outside of Paris. The train route runs several times daily from Amsterdam to Paris, with a stop mid-way in Brussels. The alleged attacker is believed to be a 26-year-old man of Moroccan descent. No motive has yet been revealed.