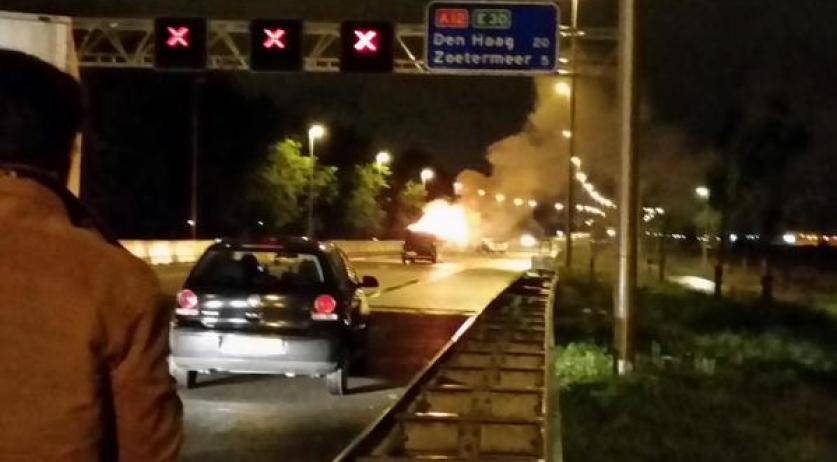 Chemical carrying van goes up in flames on highway

A van carrying chemicals went up in flames on the A12 at Zevenhuizen in the direction of The Hague on Wednesday morning. The highway had to be closed down to clean up the chemicals and the van, but has since been reopened. According to the traffic information service VID, only the Zevenhuizen off ramp is still closed, but this is not causing any traffic problems. The police noticed the van around 01:00 a.m. on Wednesday. The situation was suspicious and the officers signaled the driver to follow them. Initially the van followed the police vehicle, but it started slowing down. And then it suddenly went up in flames. When the officers reached vehicle, the driver had already fled. The fire department was called in to extinguish the fire. A large plastic tank with chemicals was found in the van, as well as other containers and cylinders. The exact substance in the container has not been identified yet. A spokesperson for the police told NOS that, because it appears that the van was set on fire and the driver fled, they believe that the chemical is waste from the production of synthetic drugs. A search was launched for the driver, but so far there is no trace of him. The police are investigating.