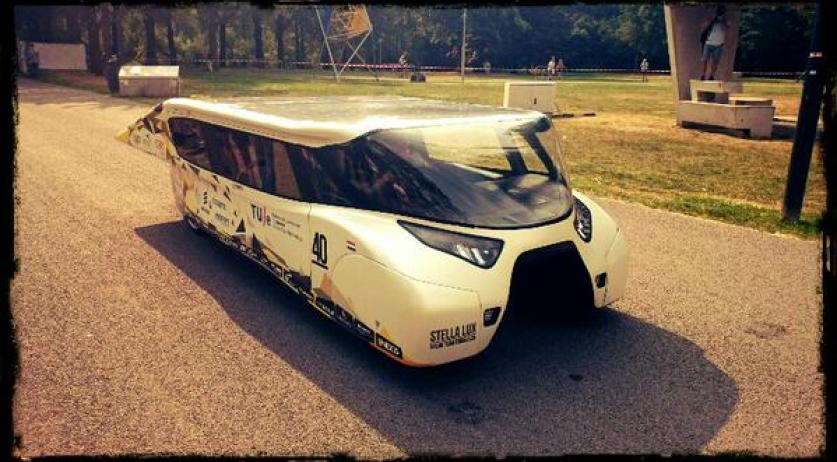 The Solar Team Eindhoven from the Eindhoven University of Technology on Thursday presented the Stella Lux - a slat-powered family car that generates more power than it uses. The car was presented during a show in the Metaforum building on the TU/e complex in Eindhoven. More than 20 standouts from 5 disciplines interrupted their studies for more than a year to design and build this car. The Stella Lux can reach a range of one thousand kilometres on a sunny day in the Netherlands. And on balance the car generates more energy than it uses. The car has enough space for four people and is fitted with a specially designed navigation system. The Solar Team Eindhoven will take part in the Bridgestone World Solar Challenge in Australia in October with the Stella Lux. The Eindhoven team will compete in the Cruiser Class for family cars and cover a distance of 3 thousand kilometres in the Australian outback. The team won the Cruiser Class title in 2013 with the Stella Lux's predecessor - the Stella. "By deciding to further improve on our solar-powered four person car, we're once again aiming to win while at the same time proving that this energy-positive family car offers viable future scenario", Tom Stilton, Solar Team Eindhoven's team manager, said.