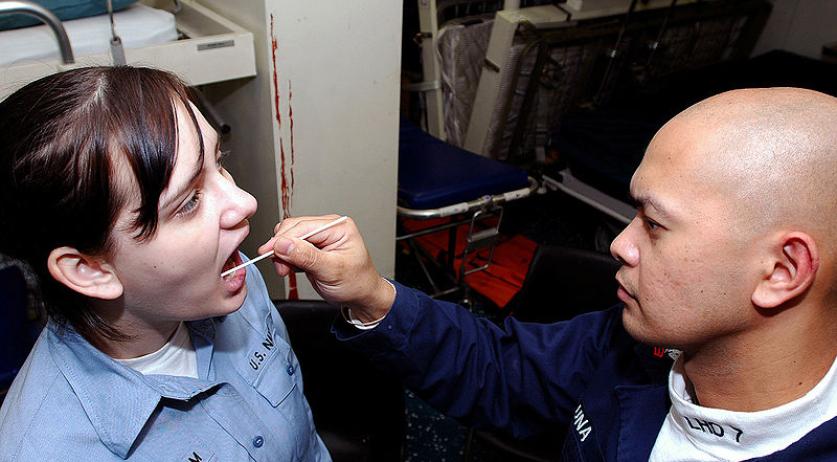 The police are considering doing a large-scale DNA kinship investigation in the Valkenswaard area in the search for a serial rapist. In such an investigation the police would ask men to voluntarily give a DNA sample so that the offender could be traced through family lines and matching chromosomes, Omroep Brabant reports. The police believe that this serial rapist and molester committed at least 12 sex-related offenses in and around Valkenswaard. The same perpetrator was definitely involved in three sexual offenses committed between 1989 and 2010. In an episode of investigation program Bureau Brabant, the police released a description of the perpetrator and asked viewers to contact them should they think they recognize the man. The suspect is a white male who is now in his fifties. All of the victims described him as smelling of alcohol and having rough worker's hands. He has a Riethoven or Valkenswaard accent. He told his victims that he lived in the vicinity of Valkenswaard. This same information will also be broadcast on Opsporing Verzocht on Tuesday. The police hope that these broadcasts will lead to sufficient tips to identify the perpetrator. If this is not the case, the police will move on to the next step in the investigation - the large scale DNA kinship investigation in the Vlakenswaard area, which will be performed by the Netherlands Forensic Institute. As the rapist is a man, he can be identified through the male Y-chromosomes which are passed on in the male line of a family. A DNA trace from a family member may be enough to link the perpetrator to these sexual offenses. The police will therefore ask men in the area to give a DNA sample. Under Dutch law, giving a DNA sample for such an investigation is voluntary - no one can be forced to relinquish DNA for such an investigation.