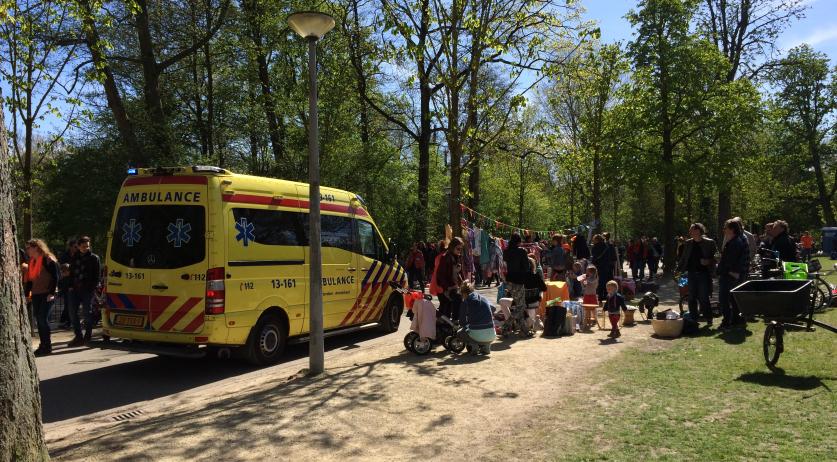 The number of King's Day arrests and injuries in Amsterdam showed a significant decline this year. The number of arrests dropped by 21 percent compared to King's Day 2014 and the number of injuries decreased by 12 percent. A total of 108 people were arrested in Amsterdam on Monday, a police spokesperson confirmed to RTL. Last year there were 136 arrests. Ambulances responded to exactly 300 incidents, compared to 339 in 2014. Emergency services called it a busy, but manageable day. There were no major incidents, except for an altercation on Nieuwendijk to which the Mobile Unit was deployed. A group of boys started a fight and pelted horseback police officers with stones. Three people were arrested and are still in custody. One man died after falling naked from a window of a second floor home on Rosmarijnstreet, AT5 reports. One of the man's relatives, who was also present in the house, was hospitalized with unknown injuries. The incident happened around 19:00 on Monday night. The circumstances that preceded the fall or jump are still unclear and the police are taking all scenarios into account. The cleanup of the started at midnight, with Mayor Eberhard van der Laan waving the cleaners off. A total 170 cleaners worked through the night to get the city cleaned up.