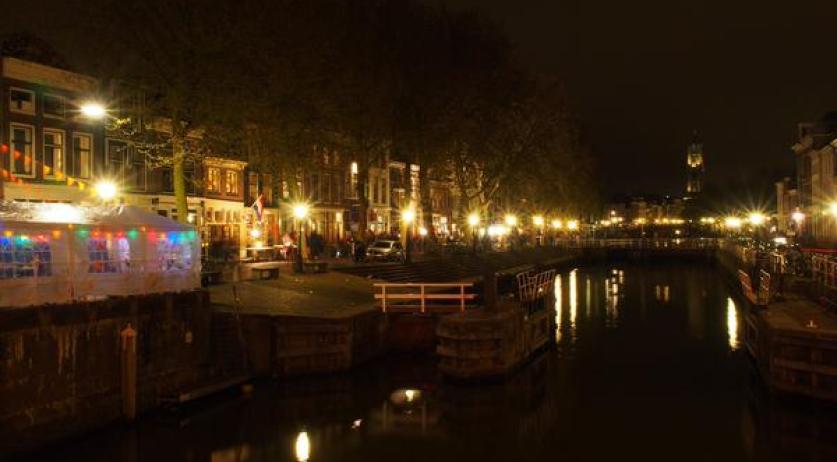 The Netherlands' city streets were crowded with King's Night revelers on Sunday night.  The Weerdsingel in Utrecht had to be closed for about 20 minutes at the beginning of the evening because there were just too many people. "Through LED displays and Twitter we let people know that they better go somewhere else." A spokesperson for the municipality told Het Parool. The spokesperson called it "pleasantly crowded and quite cold." The flea market opened at 18:00 on Sunday night and there were also performances by bands and DJ's. The spokesperson estimates that about 100 thousand people visited the city center throughout the night. At least 8 people were arrested in the city. "Because of some minor disturbances in the entertainment area." according to a police spokesperson. An estimated 200 thousand people attended the Life I Live Festival in The Hague. "It was an incredibly good atmosphere", said a spokesperson of the event's organization, Volkskrant reports. The organization is very happy with the course of the evening. The police in the Hague confirmed that "between 9 and 20" people were arrested for minor offenses like theft, assault or insults. "If we reach 20, that is half compared to last year." There were also no major incidents reported in Rotterdam and Amsterdam.