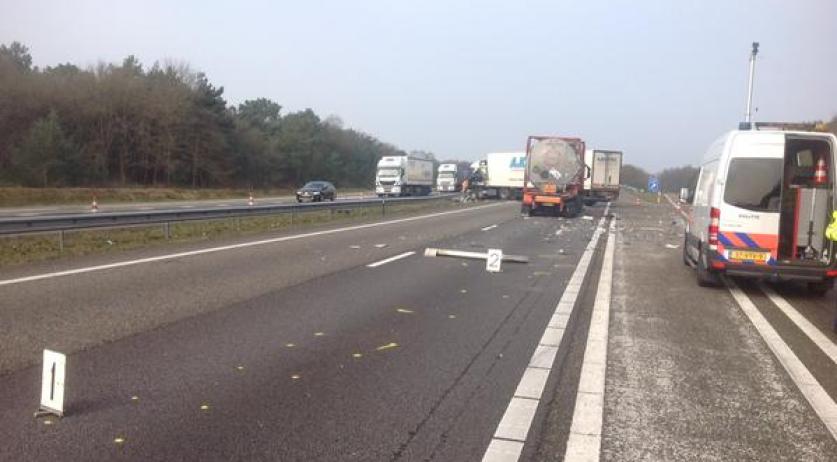 The A67 between Eindhoven and Venlo is closed this morning after a serious accident between a truck and a tanker, the Traffic Information Service and the police report. According to NU, the truck crashed into the tanker near Asten. The truck driver was seriously injured in the accident. The truck went through the median, causing a significant amount of damage. The highway from Venlo to EIndhoven is expected to remain closed between Liessel and Asten until 13:00 this afternoon. A lane has been opened from EIndhoven to Venlo