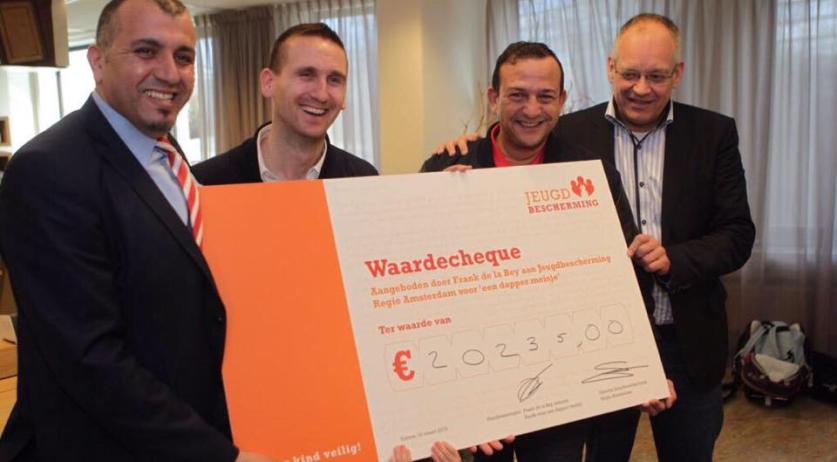 Over €20k raised for baby girl left in dumpster

Frank de la Bey, a father of two, started a fund for a baby girl found abandoned in an underground garbage container in Amsterdam with a goal to raise 20,000 euros for the baby. He reached a milestone of 10,000 euros in January and now the fund has hit its full target. "This girl was not abandoned. It was really attempted murder," De la Bey told RTL Nieuws. "It's really a miracle that she survived," he added. "Call it the pregnancy hormones or sensitivity, but it kept haunting me." De la Bey gave the money to child protective services organization Jeugdbescherming, according to the fundraiser's Facebook page. He chose the target figure of 20,000 euros because it is the amount he hopes to save for his the study funds of his three-year-old son Valentijn and seven-month-old daughter Lilly. Initially De la Bey did not believe he could raise such an amount of money. However, he received 11,000 euros through crowdfunding and 5,000 euros was committed via Facebook. Afterwards, Amsterdam Nieuw-West, the district where the baby was found, kicked in 4,000 euros, bringing the final total up to 20,235 euros. "But such a fund does not solve the problem," De la Bey explains. "There are mothers who are so desperate that they see no other way than to say goodbye to their child. Therefore, I became an ambassador of the foundation Beschermde Wieg," an organization that provides a safe, legal place for mothers to leave a newborn baby. The group's name translates to "protected cradle." "That way, I want to stay involved and contribute my bit." Jeugdbescherming is the current legal guardian of the girl, now living with a foster family. The organizations have made arrangements so that cash withdrawals from the donation account require permission from a court. The girl herself can access the account once 18-years old.