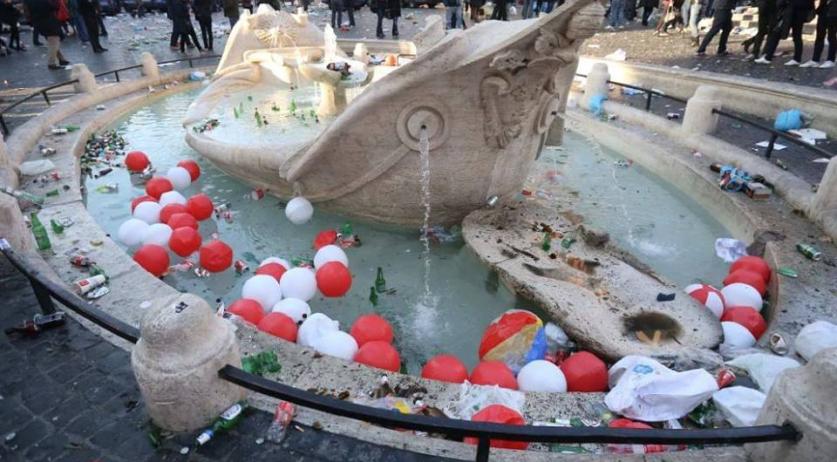 Residents in Rome are planning a sit-in protest at the Dutch embassy in Italy's capital city on Tuesday. The protest is in response to the damage caused to the Piazza di Spagna and other historic sites after rioting took place there. At least 33 fans of Rotterdam football team Feyenoord were arrested during the riots on Wednesday and Thursday night, ahead of the team’s 1-1 clash against AS Roma in a Europa League match. Rotterdam police, the prosecutor there and Mayor Ahmed Aboutaleb have all pledged to track down any more Dutch fans connected to the incidents. The Dutch embassy, at the heart of the sit-in, quickly condemned the rioting after it took place. “We will respond CIVILLY to their violence,” organiser Stefano Miceli said on Facebook. “I feel very responsible for this initiative because it commits police personnel and equipment, thus it costs us all, distracting them from more important tasks,” he said, adding that he is losing sleep over the situation. He asks that people show up with “non violent, non provocative, non vindictive” words and slogans scrawled on paper boats and signs in Italian, English or Dutch. The protest is scheduled for 6 p.m. at the intersection of Via Ulisse Aldovrandi and Via Michele Mercati. Organizers include citizen intitiatives Roma Pulita! and Retake Roma, as well as culture blog Museando @Roma and neighbourhood group Volontari Decoro Tredicesimo. The clashes drew strong condemnation from Italian newspapers, which was echoed by many Italian people in statements condemning the Dutch as a whole.