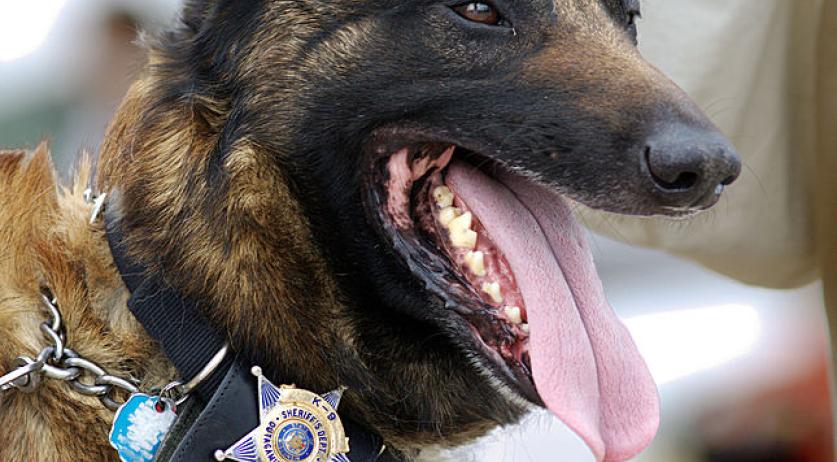 The police arrested two men suspected of car theft in Voorschoten on Wednesday. An officer had to haul one of the suspects out of a garbage bin. At about 08:30 on Wednesday morning two officers noticed two men driving a red car and recognized one of them as a notorious burglar. When checking the car's license plate, the officers found that the car had been stolen. By that time the car had disappeared. A witness told the agents saw the car driving down Middelgeestlaan. A short time later the offecrs saw the men walking down Wagenerf. Upon spotting the officers, one of the suspects fled. The officers immediately arrested the other suspect - a 18 year old man from Leiden - and launched a search for the second suspect, using a police helicopter and sniffer dogs. Using thermal imaging, the helicopter noticed something suspicious in a bin in a garden on Professor Asserlaan and sent an officer and his sniffer dog to investigate. The police officer found the second suspect, also an 18 year old from Leiden, inside the bin and arrested him. Both suspects were taken to the police station for questioning.