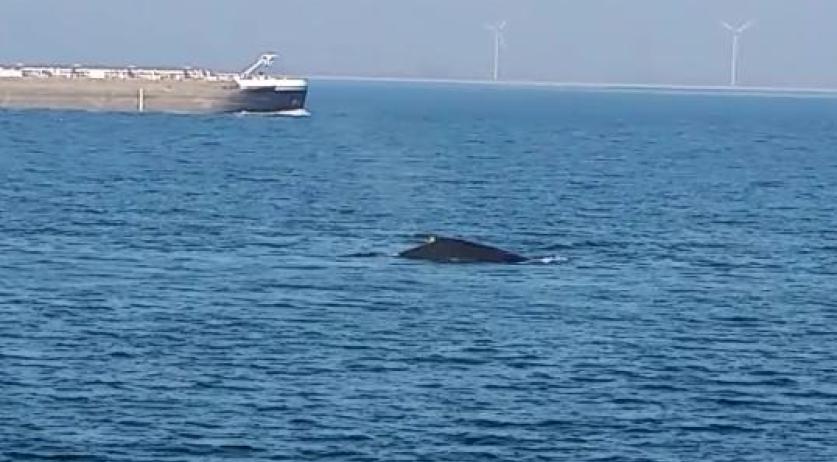 A large whale was seen swimming in the Oosterschelde estuary on Saturday by a nature spotter standing near the top of a bridge in Zeeland. Experts say it is most likely a humpback whale.

It is very rare that such whales are spotted in Oosterschelde, says Jaap van der Hiele, the spokesperson for First Aid for Sea Mammals (Eerste Hulp bij Zeezoogdieren). "It used to be more common when Oosterschelde was still open, but now the flood defense barrier is a major obstacle," states van der Hiele. If the whale cannot find its way back to the North Sea it will likely die, he says, citing the lack of a a sustainable food source in the estuary for the mammal. First Aid for Sea Mammals is consulting with SOS Dolfijn and government agencies about a possible rescue operation. "I do not know what we can do, but we certainly can not leave the animal to its fate. In any case, we will try something," says the spokesperson. The animal was spotted several times near Kattendijke, Wemeldinge and Yerseke, which means it is going the wrong direction and not headed out to sea, the spokesperson states. https://www.youtube.com/watch?v=07H7GLxAPrM#t=33