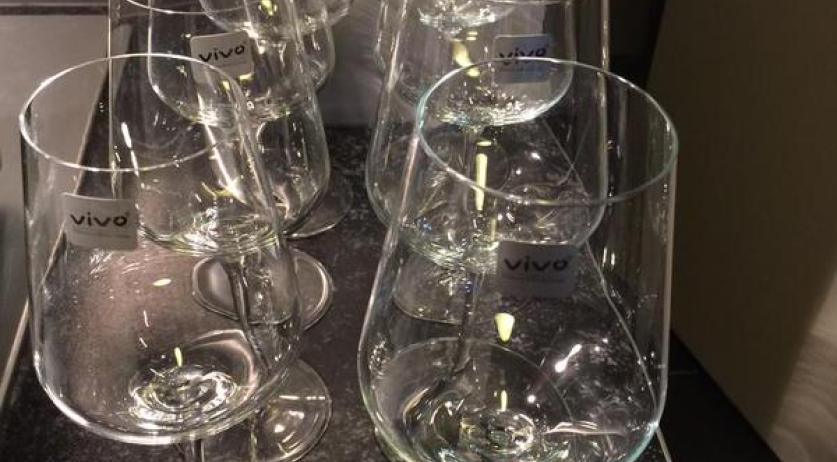 An Albert Heijn advertising campaign promoting dirt cheap "crystal" glassware violated Dutch rules because the glasses do not contain lead, and are thus not authentically "crystal," advertising watchdog Reclame Code Commissie (RCC) ruled Tuesday. Several Albert Heijn (AH) customers complained about the grocery chain's advertisement campaign for fake crystal glasses last December. AH customers could purchase a box of four beverage glasses, produced by Villeroy and Boch under their Vivo label, for three euros after collecting forty stamps from the grocer. One stamp was given away by Albert Heijn for every ten euros spent on groceries there. A consumer complained to the Commission after being under the impression that she was saving for high quality crystal glasses. Since the glasses are lacking lead, they can not be considered as high quality, but as the lower quality "sonorous" crystal. Crystal is divided into three categories, "full-lead crystal" with up to thirty percent lead content in the glass, "lead crystal" with about 24 percent lead and "sonorous crystal" with about ten percent of lead, or another metal oxide in content, the RCC described in their ruling. Because the Vivo glassware belongs to the lowest grade of crystal, the advertisement goes against the Dutch advertising rules, the ruling states. The grocery store chain has been told not to proceed with similar advertisements. Albert Heijn defended itself saying that the sold glasses do not break as easily as lead crystal, and are dishwasher safe, which is what makes them high quality. An AH spokesperson said that "crystal glass" is a common name often used by other retailers, as well. The chain however admitted its mistake in a response to Nu.nl, and promised to proceed differently in any other advertising campaigns.