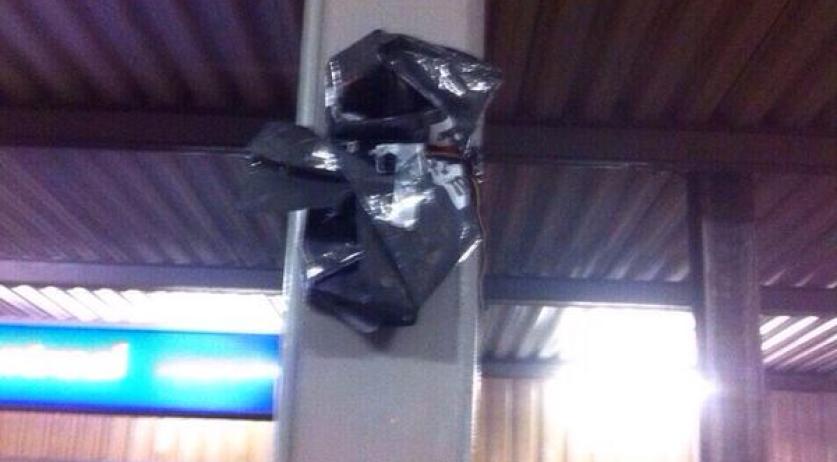 In an incident both police and the rail service are calling a “misunderstanding,” police have called off their investigation into a “suspicious package” found on a Leiden Centraal train platform. The package turned out to be a small camera installed by an advertising agency that does regular business with the national train firm NS. The name of the advertising firm is not being released. “For us, it is still vague,” a NS spokeswoman told the Volkskrant. “We will now talk directly with the company, because we also do not know why that camera was placed there, and why they used a garbage bag,” she said, referring to the black plastic bag that mysteriously surrounded the camera. “Many questions remain,” she added. The situation was so confusing, police at one point released a description of the man responsible for hanging the item, and his car. A bomb disposal unit arrived on scene and used a robot to investigate the package by remote. A regional emergency was declared when the package was discovered, and Leiden Centraal was closed to all passengers, and rail traffic was diverted. Evacuation of the station started after 7:30 a.m. The shutdown caused delays of over an hour to thousands of commuters in Noord- and Zuid-Holland. A normal train schedule did not resume until just before 1 p.m.