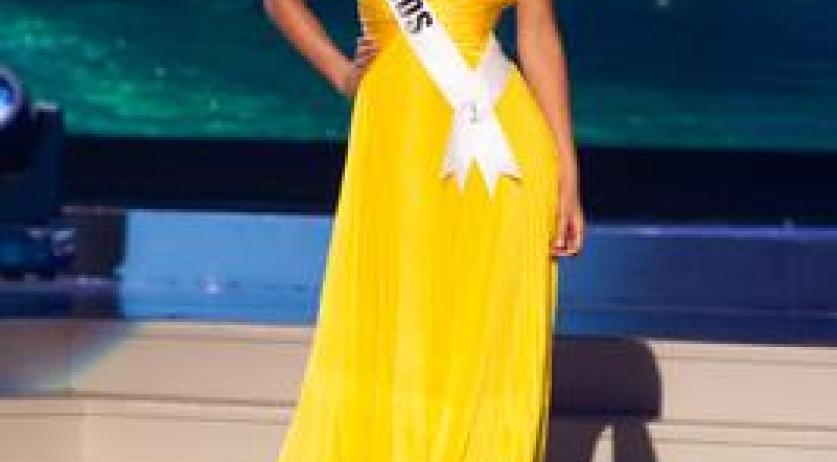 Yasmin Verheijen from Amsterdam won 4th place in Miss Universe 2014 on Sunday in Miami. The winner is Paulina Vega from Colombia. She received the crown from the hands of the Venezuelan Gabriela Islar, who won the Miss Universe title last year. In the final round Yasmin had to compete against ladies from Jamaica (5th place), the United States (2nd place) and Ukraine (3rd place). During the traditional questions round, the Amsterdam wore a yellow evening gown and spoke out against child prostitution. The 20 year old student has Indian, Hindu, Chinese and German roots. Through the Miss Universe website, Yasmin stated that she has had to deal with prejudices, but through that she has learned to concentrate on the positive things in life. Yasmin has been in a relationship with the Feyenoord football player Khalid Boulahrouz since October. He could not be present in Miami on Sunday because of the match against Ajax. It has been more than 20 years since a Dutch Miss has reached the final of the election. In 1992 Vivian Jones came in 5th. The Netherlands has won only once, in 1989 Angela Visser won the crown.