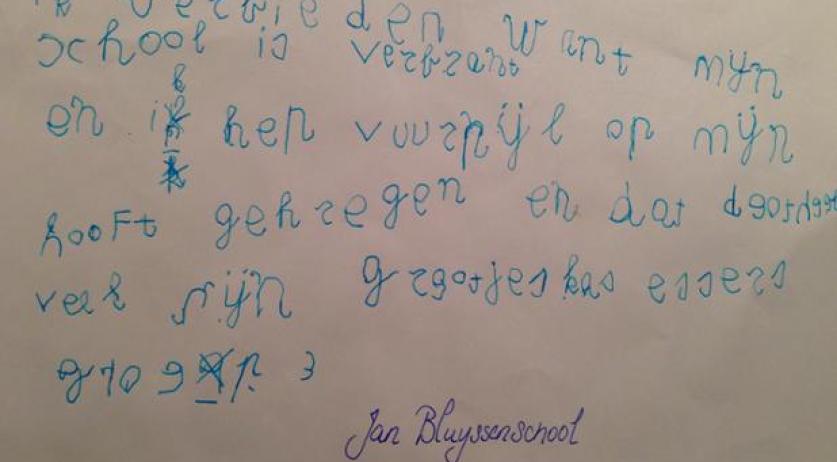 Seven-year-old Kas Essers from the city of Uden, North-Brabant province, wrote a letter calling on the mayor there to ban fireworks from the municipality. The letter with childlike squiggles and cute misspellings takes on the serious issue of a firework ban after the boy's school burned down over the New Year's holiday. Kas asked his mother if he could write a letter to Mayor Henk Hellegers. Since he is only in group three, a class of six and seven year olds, and he is just learning to write, he was helped out by his mom while writing the piece. The boys' mother, Maaike Verkuijlen, posted a picture of the letter to social network Twitter on Monday. It was also stated in the letter that Kas got hit in the head by a bottle rocket, causing him quite a bit of pain. Mayor Hellegers has not yet responded to the cry for help of the young concerned pupil.