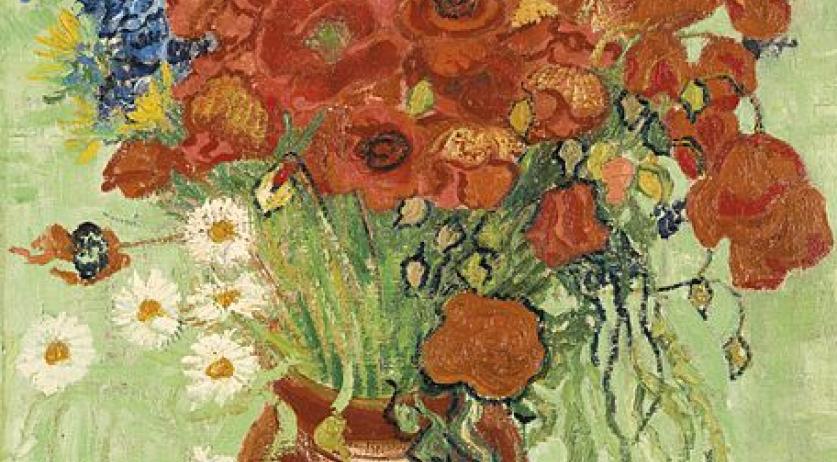 A late work by Vincent van Gogh has raised more than $60 million at an auction in New York. The work is the canvas "Still Life,  Vase with daisies and poppies". The expectation was that the painting would sell for between 30 and 50 million dollars. Van Gogh painted the work in June 1890 in the home of his doctor in Auvers-sur-Oise, France. It is one of his last works. He died a month later. A sculpture of the Swiss Alberto Giacometti was also auctioned at Sotheby's auction in Manhattan. The sculpture sold for more than 100 million dollars.