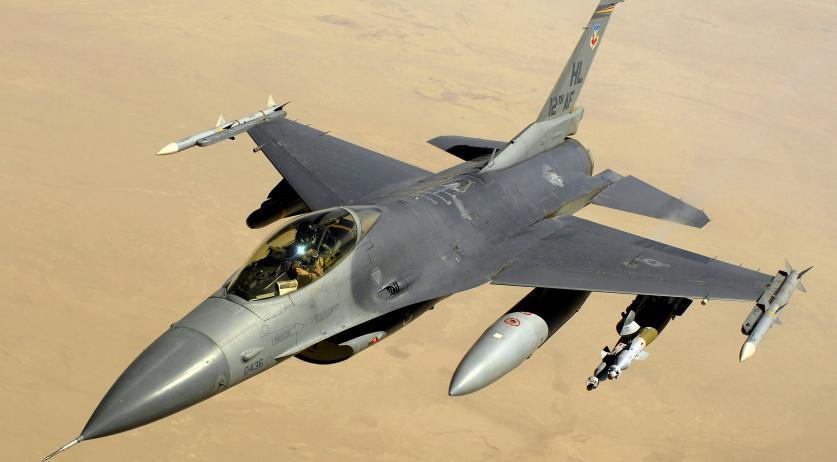 The Dutch Parliament will meet today to discuss the country's military contribution to the international struggle against ISIS, which is supported by a large majority of House Representatives, Het Parool reports.  Last week, The Netherlands said that its contribution would amount to eight F-16's, including two reserve aircrafts, training for Kurdish resistance fighters, and a military presence of 380 soldiers (250 for the F-16's and 130 for the training). According to the Volkskrant, a recent poll shows that the mission has an overwhelming support of almost 90 percent among voters. After today's debate, it is certain that the mission will get a go-ahead from Prime Minister Mark Rutte, as the will to put an end to ISIS in Iraq is uniting Parliament from the PVV to GroenLinks, the Volkskrant writes. The F-16 fighter jets will help to eliminate important bases of control for ISIS, such as commando posts, vehicles, installations, as well as sources for their funding. The planes are fitted with laser-guided missiles and other precision weapons. The F-16's can also offer air support to Kurdish and Iraqi forces. From 11 a.m. to 4 p.m., MPs from the Foreign Affairs commission will discuss with ministers Frans Timmermans (Foreign Affairs), Jeanine Hennis-Plasschaert (Defense), Ivo Opstelten (Security and Justice) and Lilianne Ploumen (Development Co-operation). Later in the evening, the debate will be concluded in the large meeting room, where Parliament has asked the Prime Minister to be in attendance. Parliament will debate what some predict might be US President Obama's mission creep. Expansion to Syria is already on the cards. The Netherlands has said this is not an option, however, as there is no mandate to warrant it from within a humanitarian crisis argument. CDA-leader Buma has asked what will happen if it seems less and less effective to bomb within the lines that The Hague has set, De Volkskrant writes. After today's debates have been concluded, The Netherlands will be able to start the fight, and join Britain, who started bombing  on Tuesday, less than 100 hours after the Lower House voted. De Volkskrant writes that if the Dutch pilots follow that same scheme, then the Dutch contribution to the struggle against ISIS will be realized this weekend.