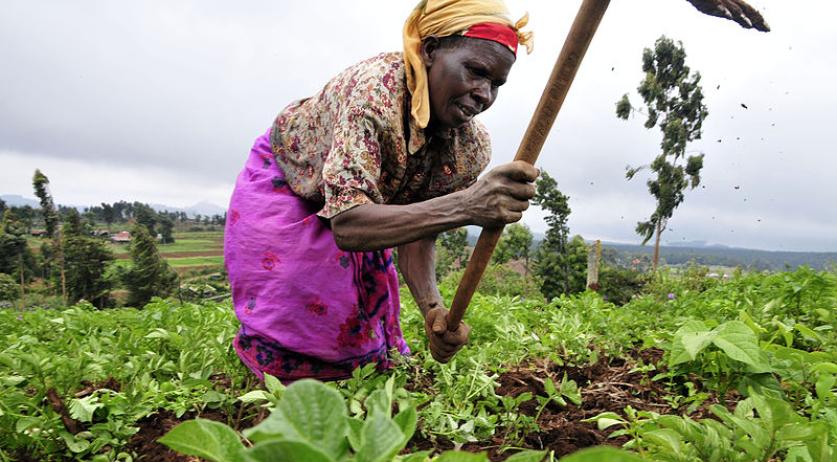 At the climate summit in New York Tuesday, State Secretary Sharon Dijksma of Economic Affairs will present a new Dutch plan to combat famine in developing countries. According to the Algemeen Dagblad, 75 countries are already supportive of the plan.  The proposal is based on Dutch institutional and business knowledge from Wageningen University. "In 2050, 9 billion mouths will have to be fed with good and safe food", State Secretary Dijksma says. "The challenge is to produce double the amount of food, but to drastically lower the amount of energy, water and greenhouse gases necessary to produce it." The idea is that companies and scientists from The Netherlands, the United States and other western countries help farmers in Africa and Asia to increase their production in a climate-friendly way. The plan will set up training programs at special farms to teach farming the green way. The training should also increase farmer knowledge on how to farm in testing climate, such as intense drought or monsoon-like rainy seasons, and how to farm without pesticides. "We do this out of idealism, but also because nobility obliges it. The Netherlands is the second agricultural producer in the world and leading agricultural nation. Then you should deliver as well." UN Secretary General Ban Ki-moon and Bill Clinton are among the leading figures behind the plan.  Dijksma will present the plan today with US Foreign Minister John Kerry. Among the Dutch agricultural companies taking part are Rijk Zwaan and East-West Seed, both of which are already training African farmers in countries such as Tanzania.