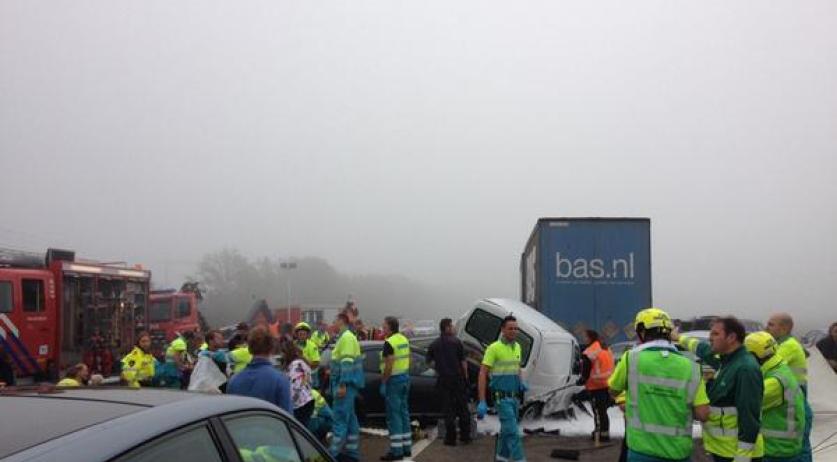 Two people were killed and a still unknown number injured after the foggy weather in Zeeland caused various crashes in a chain of accidents. An estimated 100 to 150 cars were involved. The province of Brabant has sent around 20 ambulances to the site, and the A58 between Goes and Middelburg has been closed, Omroep Brabant reports.  The A58 highway was closed in both directions after at least three accidents occurred at Heinkenszand, and may only be re-opened in the afternoon. Traffic information service VID reports that the section of the highway in the direction of Bergen op Zoom is in a state of chaos, and traffic is being re-directed between that city and Vlissingen. In some sections of the A58, the visibility was very poor at only 80 meters. Between 100 and 150 cars were involved in a huge pile-up, and the emergency services in Zeeland report that there are many injuries.