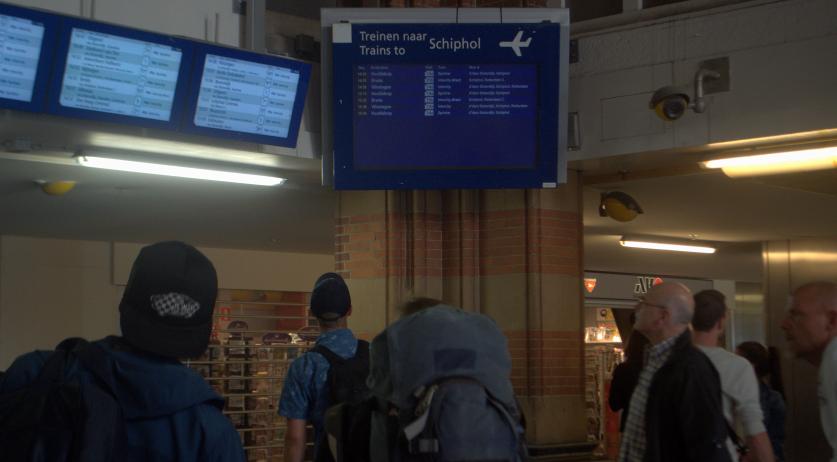 After trains traveling to Schiphol came to a near stand still on Thursday night, rail traffic to the Amsterdam airport has been cancelled throughout the weekend, and it is expected to remain significantly affected at least to Monday's evening rush hour. The trouble started when copper thieves cut through electricity wires, setting the wires alight and causing damage to the tracks. Railway maintenance firm ProRail will begin repair work early Saturday at 2:10 p.m. Workers will continue fixing the infrastructure through 5:10pm on Monday. The company says repairs will take place at locations all around the Schiphol train station. No trains will run during the daytime on Monday between Schiphol and Amsterdam Centraal, Amsterdam Bijlmer ArenA, Amsterdam Sloterdijk, Diemen Zuid and Duivendrecht. The NS has provided a replacement bus service for all passengers affected, and expects that passengers will incur additional travel times of 15 to 60 minutes. Police investigating the case have not yet made any arrests.