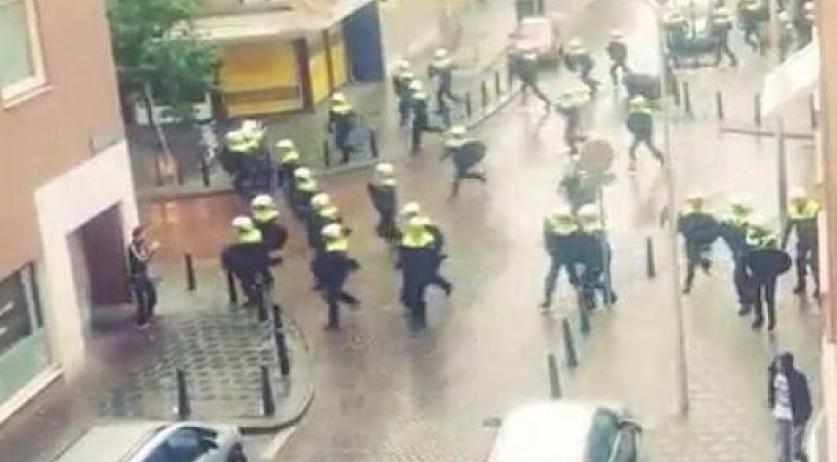 Arrest made in ISIS rally assaults

Police in The Hague report that they arrested a 16-year-old man on Wednesday morning on suspicion of his involvement in several outbursts of violence and hooliganism during the demonstration on the Hoefkade in the Schilderswijk on the 10th of August. The man is suspected of open violence, and destruction of a camera belonging to a 57-year-old journalist from Novum Nieuws. The journalist was recording footage of the demonstration on that day when someone destroyed his camera. The journalist was also verbally abused. After the demonstration, police launched an investigation to discover the identities of suspects. Part of this investigation also resulted in the arrest of a 29-year-old man from The Hague on the 15th of August. When this suspect was arrested, he was held on conditional release. During the suspect's trial release, he was arrested a second time for another crime. The district attorney decided to ask the commissioning judge to recall the conditional release, which was eventually scrapped. The suspect is in prison until his case makes it to court. Police say that the investigation continues, and that more arrests are possible.