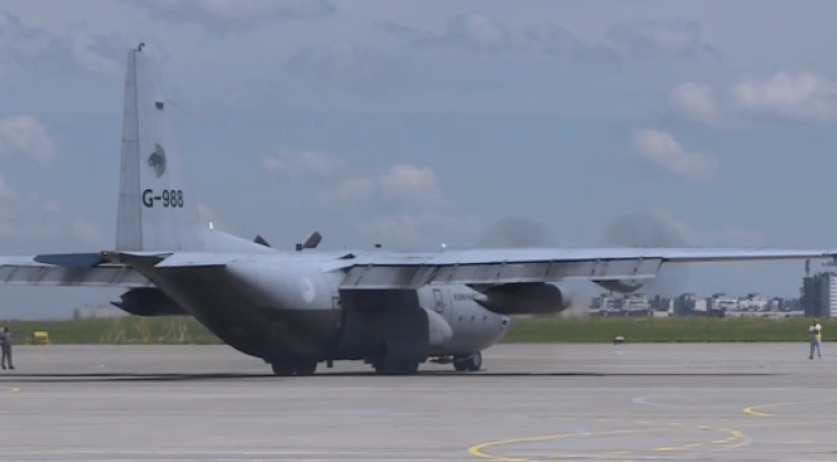 All scheduled takeoffs and departures at the Eindhoven Airport have been cancelled from 3:45 p.m. to 6 p.m. on Wednesday, the airport said in a statement. The airport’s civilian air traffic closure was ordered by the Netherlands Ministry of Defence. Passengers travelling through the airport were advised to contact their airlines directly to determine when and if flights were rescheduled. Two military planes carrying the bodies of Malaysia Airlines Flight 17 victims are due to land in Eindhoven at exactly 4 p.m. The airport will be a focal point of a national moment of silence and a ceremony honouring those who were onboard the Boeing 777 when it was shot down over eastern Ukraine. “As a matter of course, and out of respect for the bereaved we are lending our cooperation,” a statement from the airport read. “The flag is at half-staff and a minute of silence will be observed from 4 p.m. at the airport.” The planes include a Dutch C130 Hercules aircraft carrying the bodies of 20 victims, and an Australian C17 with another 30 coffins. The first took off at about 11 a.m., with the second, faster plane leaving two hours later. Malaysia Airlines Flight 17 was shot down by a surface-to-air missile while travelling from Amsterdam to Kuala Lumpur on on July 17. There were 298 people on the aircraft when it was struck, including 193 Dutch citizens.