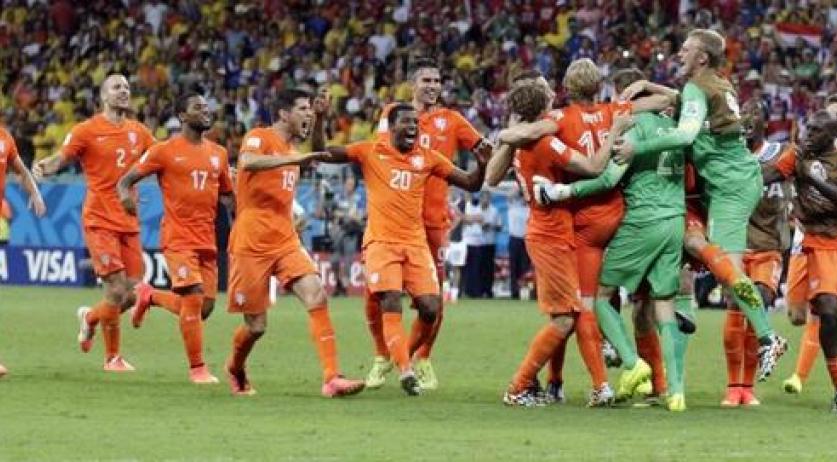 In The Netherlands, almost 7.5 million people watched the match between Oranje and Costa Rica at home, according to data from the viewership research organization Foundation Kijkonderzoek. A similar number of tweets were sent out about the match on Sunday.   The viewing figures pertain only to those who watched the match at home, which means that those who watched the match in bars or other places still need to be added to the data. In the top ten most-watched programs on Sunday, the top six were about football. Two other broadcasts were of the Tour de France, which around 600,000 people watched. This was not The Netherlands' most-watched match by their countrymen, however. The game against Chile was watched by around eight million people, which also makes it the most watched Oranje match ever. On Twitter, seven million people around the world were tweeting about the last quarter final match as it played out. Over 250,000 tweets were sent out about Tim Krul coming on as a substitute goalie to save Costa Rica's fifth penalty shot. The third most tweeted moment, at just under 10,000 tweets, was when Wesley Sneijder kicked the ball, only for it to bounce off the crossbar.

#NED v #CRC: replay the game on Twitter with our #animap #WorldCup