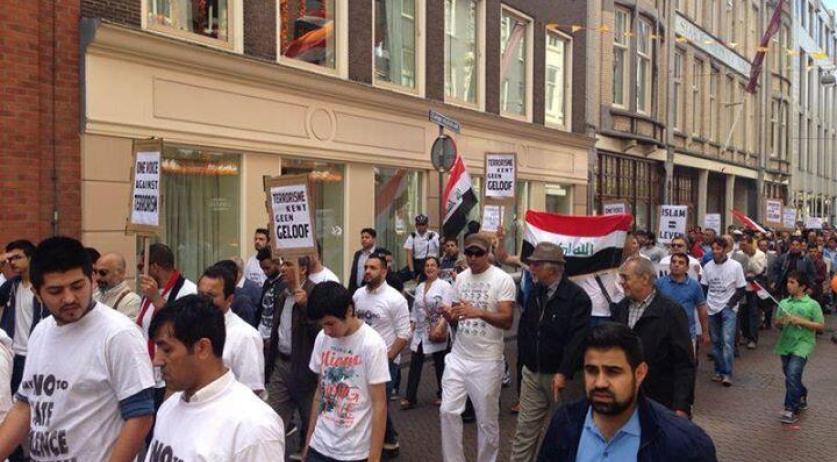 In Den Haag, police dismantled a pro-ISIS demonstration as it attempted to disrupt a peaceful protest against ISIS in particular and terrorism in general. Six young radical Muslims were apprehended. The demonstrators were on their way to het Plein in Deen Haag, where an anti-ISIS protest was already in effect. The Muslim protesters had planned their anti-terrorism protest on Facebook, and participants were not allowed to speak to the press. The six young Muslim radicals in the city to demonstrate for ISIS were surrounded by officers from the Mobile Unit near the Ministry of Finance. The youths arrived earlier in the parking lot under the Malieveld in two cars with Belgian number plates. Authorities believe that this could have been a plan from the Belgian pro-ISIS group Sharia4Belgium. The protest against ISIS ran smoothly and calmly, according to De Telegraaf. It was a silent march, in which men and women walked separately. The protesters carried placards reading messages such as: "Terrorism knows no religion."