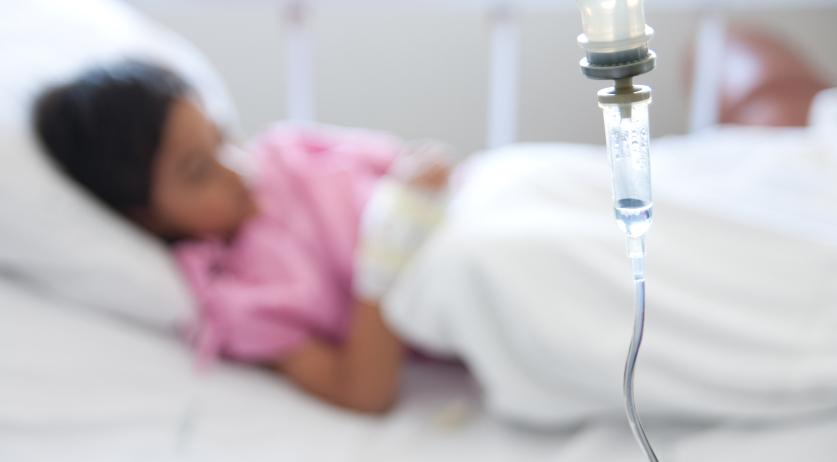 The RS virus is spreading so fast among children in the Netherlands that all beds in Dutch hospitals' pediatric intensive care units were occupied on Tuesday. At least one young patient had to be transferred to a hospital in Antwerp, AD reports.

The RS outbreak started a few weeks ago in Rotterdam, and quickly spread to Amsterdam and surrounds, the Nijmegen region, and Limburg. The virus is particularly dangerous for young children, who can develop a serious respiratory infection. Some have to be hospitalized for oxygen, fluids or tube feeding. There are now seriously ill children all over the country and all 90 pediatric ICU beds in the country were occupied on Tuesday.

"Last week it was dire in our region. There was only room for children in Den Helder and we also had to transfer children to the ICUs in Groningen and Maastricht," Hans van Goudoever, head of the Emma Children's Hospital in Amsterdam and spokesperson for the Dutch pediatrics association NVK, said to AD. "It's bad enough when your child has to be admitted, and then it happens so far away."

Several hospitals, including the Emma Children's Hospital, had to cancel planned surgeries. "Normally wee see these crowds in winter. I'm holding my breath over the number of corona infections, because soon we will also have nurses who have to be quarantined," Van Goudoever said.

The Nijmegen region is facing similar situations. "We have now had to postpone a handful of planned surgeries for children who may need a bed in our pediatric ICU after surgery. That is of course very annoying for the parents and children involved, because they were counting on it," Jan Peter Rake of the Radboudumc Amalia Children's Hospital said.

Last week, children from other regions were admitted to the Nijmegen hospital's ICU. Now children are also getting sick in Nijmegen, Rake said.