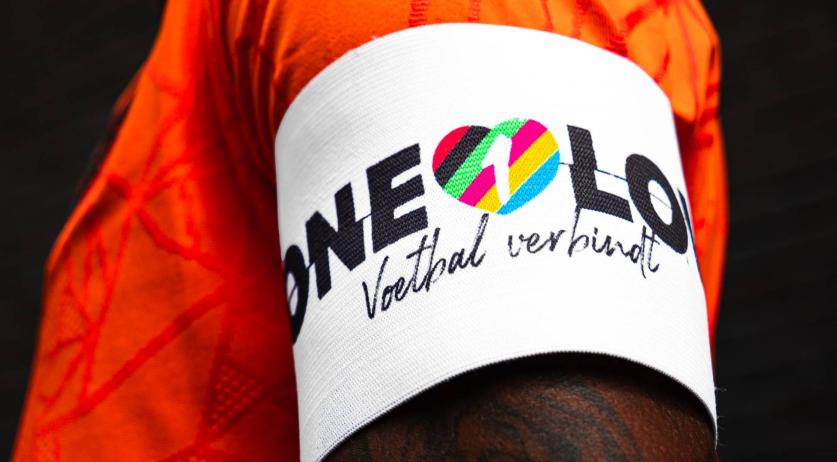 Georginio Wijnaldum, captain of the Dutch national football team, will wear a special #onelove captain's armband during the eighth finals of the European Championship in Budapest, Hungary on Sunday. The band reads "football connects", under a heart in rainbow colors.

"By wearing this band, we as Oranje want to emphasize that we stand for inclusiveness and connection," Wijnaldum said in a statement on the KNVB site. "We are against any form of exclusion and discrimination. We hope to support everyone who feels discriminated against anywhere in the world."

The armband is likely a response to an anti-LGBTQ+ law recently passed in Hungary. The new law makes it illegal to "promote" homosexuality and sex changes among young people up to the age of 18, according to NOS.

Oranje is not the first to make a statement against this new law. In the run-up to the match between Hungary and Germany, scheduled for Wednesday, the Munich city council planned to illuminate the Allianz Arena in rainbow colors. German newspaper Bild reported on Monday that UEFA banned the action.

German goalkeeper Manuel Neuer also wore a band in the rainbow colors in the first two group matches. This move was also scrutinized by UEFA, who didn't punish Neuer after qualifying his action as a good deed.

The Dutch team wore the #onelove logo for the first time on warm up shirts before a match against Spain in November 2020. The logo was also on the shirts the team wore at the World Cup qualifiers in March, and in practice matches in May and June.