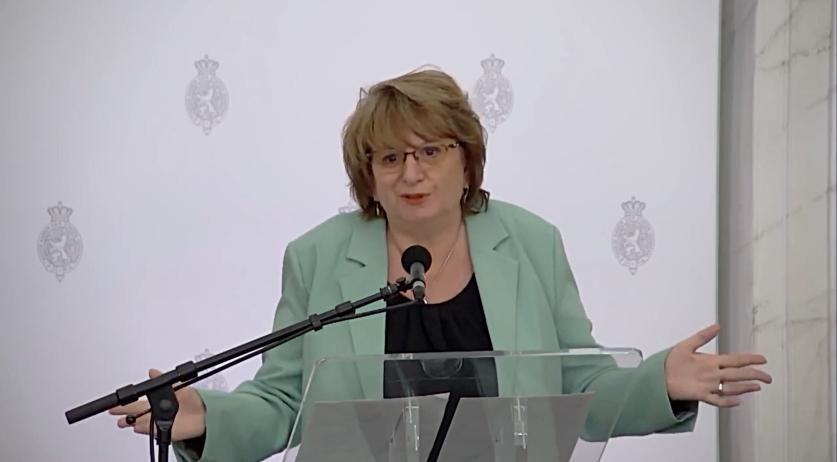 The informateur who was appointed six weeks ago to assist with finding a path to a new ruling coalition in the Netherlands said that negotiations to form the new government should start in mid-August. Mariëtte Hamer presented the final report of her completed term to Vera Bergkamp, the chair of the Tweede Kamer, on Tuesday.

She concluded that the Cabinet formation process can move forward with VVD, D66, CDA, PvdA, GroenLinks and ChristenUnie. The parties were largely able to agree on short-term economic recovery plans to help the Netherlands out of the coronavirus crisis, but the process stalled because of a political deadlock.

The PvdA and GroenLinks will only join a coalition with each other. The VVD and CDA only want to work with one, and not two left-wing parties. D66 and ChristenUnie are wide apart on issues about medical ethics, and have not moved closer together.

Instead, VVD leader Mark Rutte and D66 leader Sigrid Kaag, are expected to move forward with the outline of their own coalition agreement in the upcoming weeks. The two asked Hamer to give them guidance, as she has had close discussions with all parties represented in the lower house of Parliament. The Tweede Kamer could reappoint Hamer for another term as the informateur on Wednesday.

Hamer urged Rutte and Kaag to take responsibility as they were "both winners of the elections" and must therefore overcome their differences. After Rutte and Kaag hand in the initial draft, Hamer proposed taking a break of several weeks before continuing to work in August.

The intention is not for the D66 and VVD to come up with a fully written coalition agreement that other parties can eventually join. Other parties will be asked again whether they want to join the negotiations in due time, the sources said. Hamer is attempting to get the parties closer together "through the content".