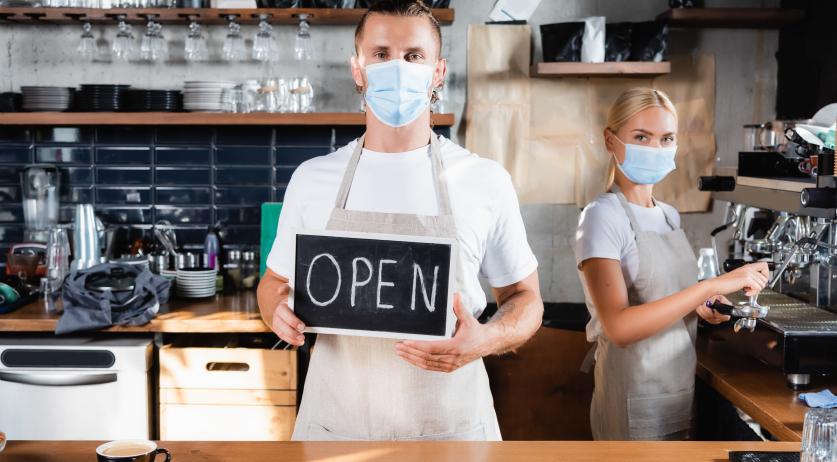 The coronavirus crisis is definitely improving, Outbreak Management Team (OMT) member and virologist at the Amsterdam UMC Menno de Jong said in an interview with AT5. Yet, he also cautioned that we are not out of the woods entirely.

“We hear from the Cabinet that things are going well, but less about uncertainties”, De Jong said. As the summer nears and infection numbers fall, the Cabinet announced on Friday that the majority of coronavirus measures will be lifted on June 26.

Once colder weather arrives in Fall, it is possible that infection numbers can creep up again, De Jong warned. “We do not know at the moment how long the protection of the vaccine lasts, especially in frail, elderly people. They were the first to receive the vaccine, but will it still be effective in the coming winter?”, De Jong wondered.

Another concern is that herd immunity for other respiratory viruses has sunk during the pandemic. “There are now children in the ICU with the RS virus. That’s very bizarre. We’ve never seen that.” De Jong said that flu season also needs to be taken into account. “Maybe there’s no need to worry, but we need to keep an eye on it.”

Nonetheless, De Jong is pleased with current infection rates. The seven-day average for coronavirus infections dropped under 1,000 for the first in 40 weeks on Saturday. According to De Jong, summer temperatures and progress in the vaccination campaign are responsible for the decline. “The biggest influence comes from vaccinations. If we look at last year, I think the effect of the weather is also quite significant.”

De Jong said he believes the Cabinet should not lose focus of the possibility of a further outbreak. “We are just not at zero infections, the virus is still present and people are in hospital. Things can happen that will cause the spread to increase again.”