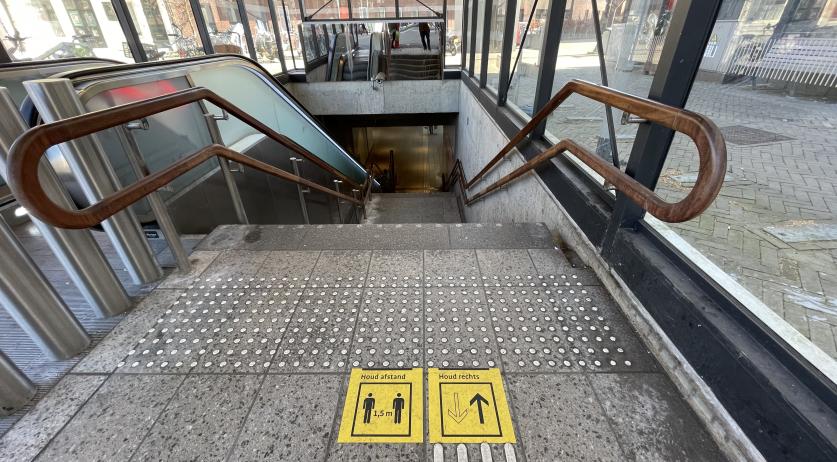 An additional 713 additional people tested positive for the coronavirus infection, the RIVM reported on Saturday. This brings the seven-day average down to 969 infections. It is the first time since early September that the seven-day rolling average has fallen under 1,000.

Just in the past week, the seven-day rolling average has decreased by 36 percent. It was 88 percent lower than the third-wave peak set on April 23.

The cities with the highest new infection numbers were Amsterdam (49), The Hague (36) and Rotterdam and Utrecht tied at third place, each with 21 new infections on Saturday.

Estimates by the RIVM stated that a total of 202,566 people were vaccinated against Covid-19 on Friday. Over a million people have been given a jab this calendar week, but the Netherlands may fall just shy of reaching its projected weekly total of 1.5 million by the end of Sunday.

Around 33.8% of the adult population of 4.9 million people in the Netherlands have been fully vaccinated against Covid-19, according to data provided by the Ministry of Health to the ECDC. That put the Netherlands in tenth place out of the 30 countries in the European Economic Area.

So far, an estimated 13,472,247 jabs have been placed by healthcare professionals in the Netherlands. The 14 millionth shot is expected to be placed on Monday.

On Friday, there were 218 people with Covid-19 in intensive care and 315 more outside of the ICU, according to the patient coordination office LCPS. Preliminary data from nonprofit organization NICE shows that the hospital total may have fallen by another five percent on Saturday.

Finalized weekend data from the LCPS about hospital totals and new admissions will not be released over the weekend for the time being. That data will only be updated on Mondays.

People in the Netherlands have tested positive for Covid-19 a total of 1,678,282 times.